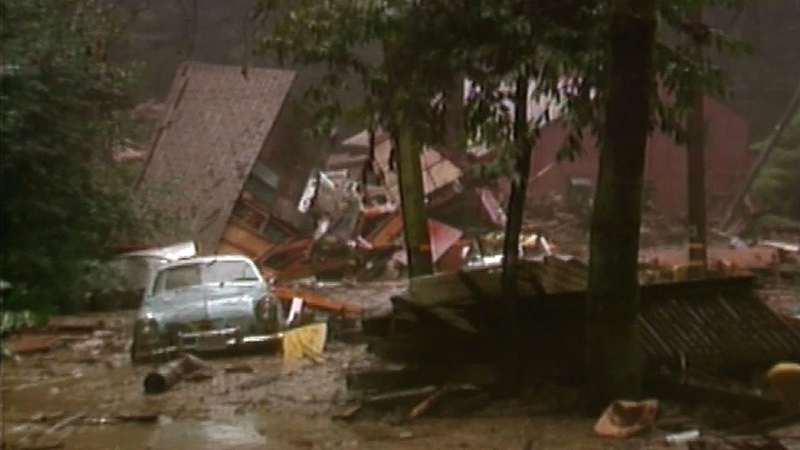 SONOMA COUNTY, Calif. (KGO) -- We know El Nino is already here because we've seen the satellite images and measured the warmer Pacific Ocean temperatures. If past years are any indication, it's possible that we'll experience mudslides from the rain saturated ground, but where? During the El Nino of 1998, Sonoma County residents of Rio Nido never saw it coming.

The only things left from that terrible natural disaster is a sturdy lock, on a chain-link fence, along with a warning sign that tells people not to trespass due to the geologically unstable ground and water conditions. Those are remnants from a past and yet, still very much a part of the present for the canyon residents of Rio Nido.

Rio Nido's Fire Department Chief Steve Baxman walked through the ghost of a neighborhood laid to waste in 1998. 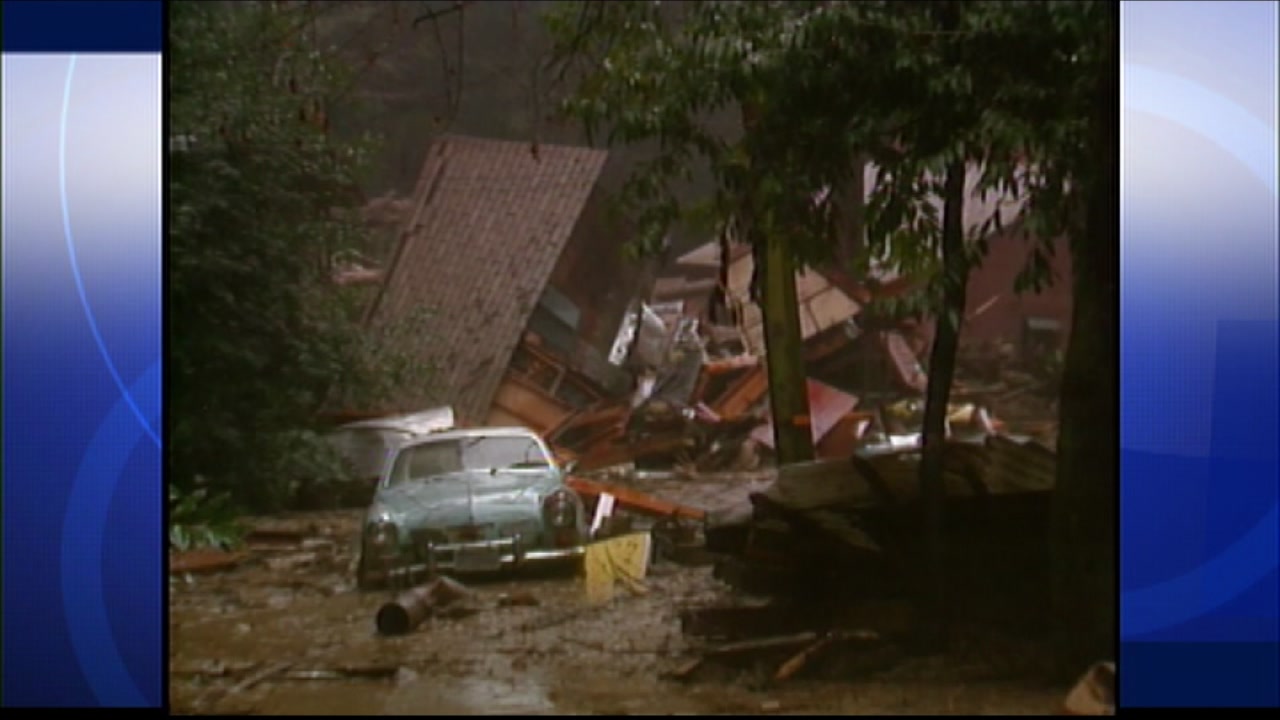 Homes knocked off foundation due to heavy El Nino storm
In Sonoma County, muddy waters running off saturated canyon walls forced a mountain of earth to collapse and consume homes below.

Rio Nido's mudslide was Sonoma County's El Nino signature moment. The mud channeled down the 500-foot mountain and before long, it was four-feet deep, hundreds of yards wide and still slowly moving.

It destroyed or damaged at least over two dozen houses, including the one Mae Garrett lived in with her mother. She was 15 years old at the time of the slide and her and her mother pretty much lost everything except each other.

The two women were awakened by the sound of moving mud snapping giant trees into pieces. Mae told ABC7 News back then, "We watched our neighbor's house across the street just slide down."

Garrett explained to us, "I was hysterical because I was a teenage girl and upset about what was happening. My life was completely changing and I worried about my mom, our house, our neighbors and everyone's safety."

"There was a long, long history, long ago - long before the neighborhood was even there - of mudslides, and small mudslides, in the canyons and on top of the hills, which we were unaware of," Garrett said.

Before it ended, Rio Nido's season of slides led to the loss of 30 homes and the bulldozing of the neighborhood into a flood waste zone. The federal government actually paid residents to leave.

Baxman said he doesn't trust the ground in the area, especially after seeing the damage that mudslide did. It was unforgettable. Maybe that's one of the reasons Garrett lives in the relative safety of Rohnert Park far from any mountain of moving mud.

When asked what Garrett learned in all of that she said: "To just really value your friends and family, and value life and your experiences, because it can literally twist, turn upside down in a moment."