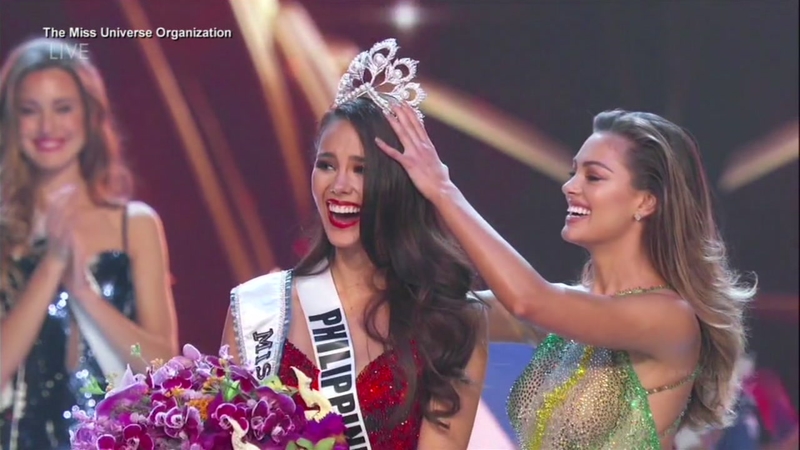 BANGKOK, Thailand (KGO) -- California is home to the largest Filipino population in the U.S. There are more than 320,000 people of Filipino descent in the Bay Area alone. On Monday, most of them had one thing on their minds - Sunday night's Miss Universe Pageant, where for the fourth time a contestant from the Philippines has won.

Overnight, 24-year-old Catriona Gray has become the most admired person in the Philippines.

But we wanted to know how Filipinos in the Bay Area felt about the newly crowned Ms. Universe.

We started in San Francisco's South of Market Area, often referred to as the Filipino cultural district - who knew?

There we stopped at Mestiza Taquiera, home of the best tacos mixed with Filipino cuisine.

"I was really proud to hear that Ms. Philippines won the Miss Universe contest. I think it's an awesome representation of the Filipino community and a great example to young women everywhere," said Deanna Sison, owner of Mestiza.

"Of course everybody is happy, we've been watching that the whole night," said one woman.
"She's very smart, really very intelligent," said another.

"She has a lot of confidence. When she answered the questions, she was right on the dot," expressed Al Santos.

We know Gray was born in Australia, her father is Scottish and her mom is from the Philippines.

And then again Al Santos filled us in on the rest.

"She was in the Miss World competition prior to this, two years ago,"

People here are proud to say that Gray is the fourth Filipina to clinch the title, that's something they don't mind bragging about.

Pageant winners all black women for the first time 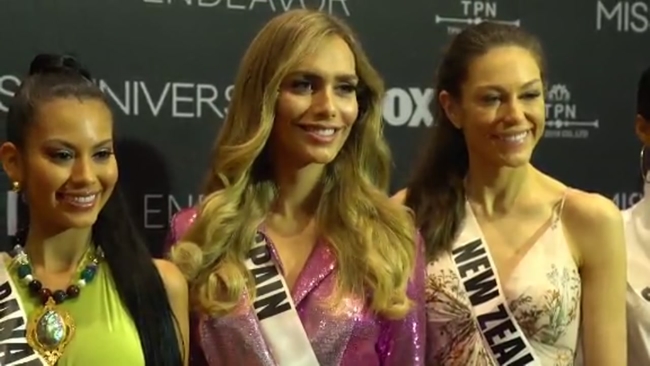