KGO
By Luz Pena
SAN FRANCISCO (KGO) -- After seven years, the night has come -- Chase Center opened its doors for its first concert.

Metallica and the San Francisco Symphony played together 20 years ago and, on Friday night, they graced San Francisco with their music for the arena's grand opening.

The line of @Metallica fans wraps around @ChaseCenter 🙌🏼

The first time #Metallica + @SFSymphony played together was 20 years ago!

We met fans who came to the Bay from Europe and South America just to witness this tonight. 🌎@abc7newsbayarea pic.twitter.com/MKqkxvkTh2

Lars Ulrich, Metallica's co-founder, told ABC7 backstage that they had been waiting for this night for a long time. Since they are the first to play inside Chase Center, he had some tips for the Warriors.

"Tonight is finally happening and we are the first ones in the door. How cool is that?" "What do you want to tell Curry and the Warriors tonight?" "I just took a shower and that probably more information that they need but the hot water is not so good," said Ulrich.

Interview | Shhhh @larsulrich talked to us about their upcoming album!👀

More on this + his advice to @StephenCurry30 about @ChaseCenter showers 🚿😂.

Tonight @Metallica along with @SFSymphony are playing the first concert in our brand new arena!@abc7newsbayarea pic.twitter.com/Dm16CG3CyG

We’re here bringing you the latest!

Lars said their S&M 2 film will arrive in movie theaters worldwide on Oct. 9 along with an album.

Luz: "What are we going to name this album?"

Lars: "We haven't gotten that far. You'll be the first to know."

Outside the arena, we met fans who waited in long lines of traffic.

Public transportation and ride-sharing is advised. Muni is free with proof of a Chase Center ticket. Rideshare drivers have a designated area to avoid congestion.

Metallica fan Jason Gooley waited in line to enter the concert along with his dad, who traveled from Wisconsin. For the Gooley's, Friday night was about the arena, Metallica and celebrating life.

"I actually never thought I was going to be able to come to a Metallica concert with my dad. He had a heart attack four months ago," said Jason Gooley.

Inside and outside the arena, San Francisco police officers patrolled the area.

"We are working with the site manager with their security and we will be working inside and around the venue," said Rueca.
Report a correction or typo
Related topics:
arts & entertainmentsan franciscoconcertmetallicagolden state warriorsmuniferryoracle arenachase centertrafficbart
Copyright © 2020 KGO-TV. All Rights Reserved.
CHASE CENTER
No games, no problem: Golden State Warriors dance team members educate students during pandemic 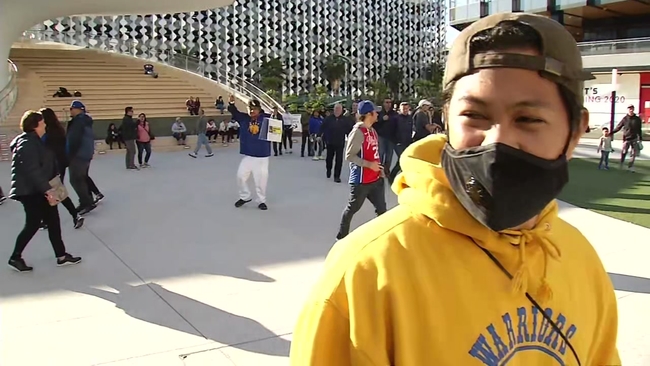 Despite warnings to avoid large crowds, Dub Nation shows up to support the Warriors 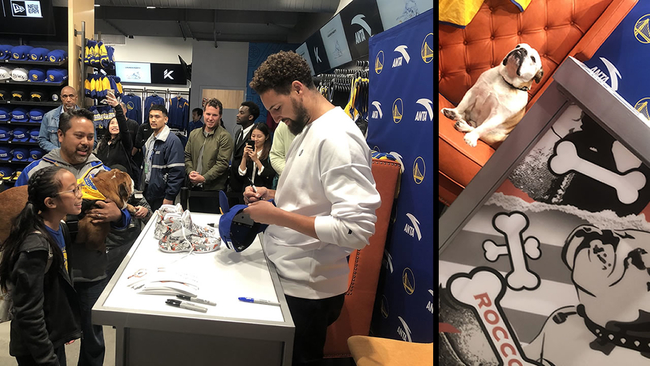