KGO
Britney Spears, Kelly Clarkson, BTS and many other favorite artists are going to ring in the new year by rocking out.

Dick Clark's New Year's Rockin' Eve With Ryan Seacrest has announced the list of performers that will take the stage in New York, Los Angeles, New Orleans and Las Vegas during the celebration that will kick off 2018.

Spears, who last performed during the broadcast in 2002, will end her Las Vegas residency with a performance from The AXIS at Planet Hollywood Resort & Casino, dick clark productions announced.

Another notable performance is K-pop sensation BTS. The announcement about the group, who has a large online following, was liked more than 196,000 times in less than a day.

#ARMYs! We’re honored to celebrate this amazing year and ring in 2018 by performing on @NYRE! Watch 12/31 at 8/7c on ABC. #BTSxRockinEve pic.twitter.com/uOLHPR5Daw

The show will be hosted by Ryan Seacrest and Jenny McCarthy in Times Square, with Ciara hosting in Hollywood and Lucy Hale hosting in New Orleans.

Raise a glass with @ciara, @RyanSeacrest and more for one unmissable night. #RockinEve pic.twitter.com/JK4f3SqGZe 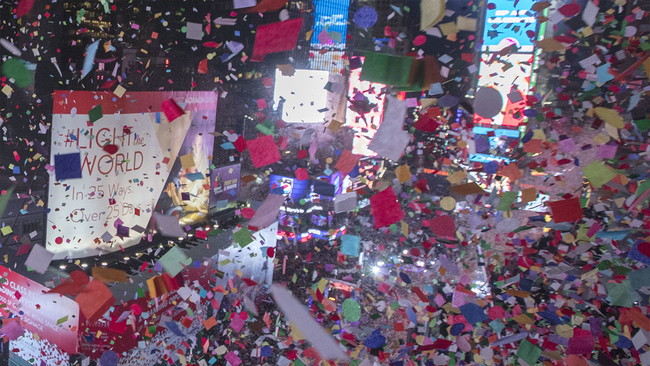 What's your wish for 2020? Turn it into confetti!
HOLIDAY