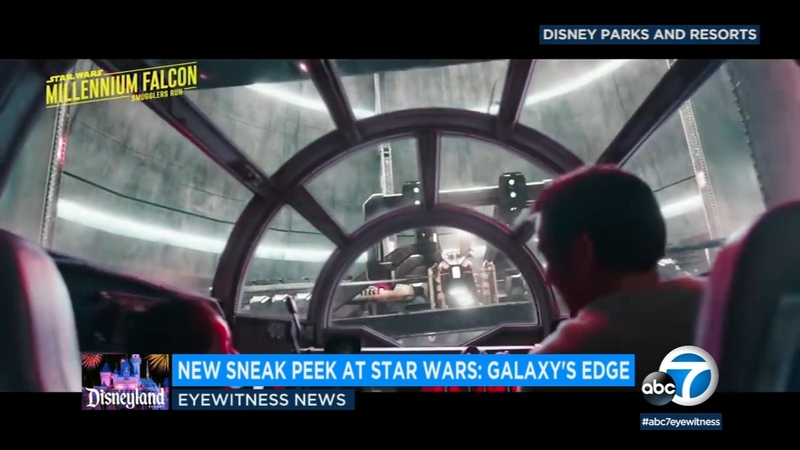 "Star Wars: Galaxy's Edge" is the new 14-acre addition to both theme parks that is scheduled to debut in summer 2019 for Disneyland and fall 2019 for Disney World.

The land is designed to transport guests "to a never-before-seen planet - a remote trading port and one of the last stops before wild space - where 'Star Wars' characters and their stories come to life."

For one attraction, guests will be able to hop aboard the Millennium Falcon, piloting it through space and facing off against foes.

There will also be a cantina, giving guests another chance to immerse themselves in the "Star Wars"-themed land.