KGO
By Eric Thomas
BAY POINT, Calif. (KGO) -- Right now, thousands of Bay Point residents are being allowed back into their homes after being evacuated because of an underground natural gas pipeline fire.

PG&E says it is looking into reports that birds may have brought down the power line that started a grass fire, which in turn may have ignited natural gas escaping from a 3/8 inch underground line operated by Chevron.

The pipeline is one of two in an underground vault at Suisun and Poinsettia Avenues.

A drone outfitted with heat-detection equipment played a key role in helping authorities assess the vault fire that led to thousands of evacuations in Pittsburg.

Infrared pictures from a drone showed the heat from the fire, burning at 400 degrees at its height.

Contra Costa Fire and Chevron first purged the high pressure gas then pumped a non-flammable replacement gas into it to put out the flames.

Contra Costa Fire Department Assistant Chief Terence Carey said, "With Chevron's leadership, we went ahead, used nitrogen to inject into the pipeline to render it safe."

Chevron says there was little danger of explosion, but emergency officials were taking no chances, ordering 4,000 people evacuated shortly before 11 p.m. Wednesday. At 2:30 p.m. Thursday, the sheriff's office lifted the evacuation.

"We're having Tri Delta transit buses respond to the evacuation center over at the Calvary Temple Church and they will be transporting those who need transportation back to their homes," said Lt. Matt Foley of the sheriff's office.

Contra Costa fire investigators are trying to figure out the sequence of events and what sparked the fire. But, fire department spokesman Steve Hill considers the operation a success because, "We haven't had a single injury, and although things have gone sometimes ploddingly, but it's been safe," he said.

Fire dept spokesman says they believe flammable gas has been purged from underground pipeline that forced thousands to be evacuated. pic.twitter.com/U73GNwUNef

Timeline on what is happening with the pipeline in the east bay and the evacuation order. pic.twitter.com/YGamKI4eXe

If there is no threat of explosion right now- why have evacuation order in place? Answer: pic.twitter.com/s0NBPCWBG9 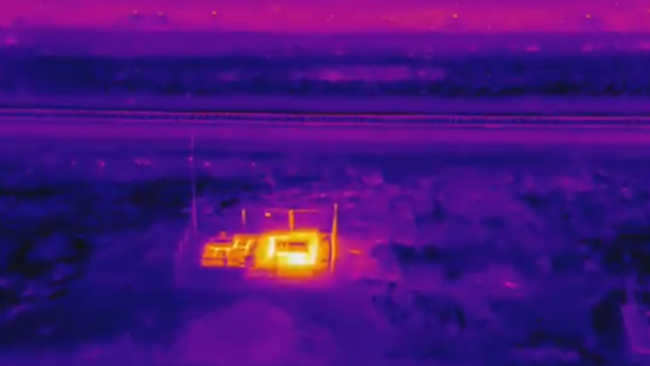