LAGUNITAS, Calif. (KGO) -- All evacuations have been lifted in Marin County as firefighters make progress on a fire that started Monday night in San Geronimo Valley near Lagunitas. Firefighters say the blaze is now 35 percent contained, compared to 10 percent on Monday. It has burned 115 acres.

#IrvingFire Update: all evacuation orders are now lifted! All roads have been reopened, though some homes will be without power until noon tomorrow, including the 200 & 300 blocks of Arroyo and the 100 block of Portola. Please contact @PGE4Me for additional outage info.

Battalion Chief Jeremey Pierce says it burned aggressively until about 3:00 a.m. and then it calmed down.

"These fires can lay down in the early morning hours when humidity is high. But once they get some sunshine on them and wind on them they can pick up again. So we need to get a line on them before that happens," Pierce said.

Firefighters used the calm of the morning as a chance to aggressively work on containment. They also launched a helicopter so they could get a good view of what they are up against. The fire is located in a steep, heavily wooded area off of Sir Francis Drake Boulevard.

Firefighters issued evacuation orders along Mountain King Road, Portola Avenue and Alamo Road. Some residents said they got out as quickly as they could.

Despite earlier plans to open, fire official say Lagunitas School is closed for the day. Though the campus is unharmed, many staff members and students have been evacuated and are unable to get to the campus.

Marin County Fire says firefighters are dealing with steep terrain, but they are making progress.

Additional crews and personnel are at the command center, being briefed on the #IrvingFire. pic.twitter.com/Dt6M8bAbas

CLARIFICATION: despite earlier plans to hold school, superintendent has closed Lagunitas School for the day. School campus is unharmed, but many staff and students are evacuated and are unable report to work.

An evacuation order is in place for Mountain King Rd, Portola Ave and Alamo down to Barranca. Residents in that area should evacuate immediately to the Lagunitas School and wait for further information. Alamo Rd. will be closed until further notice. pic.twitter.com/0eqevGsb83

Reminder: monitor local news media outlets and follow any further instructions if given by Marin County Fire or Marin County Sheriff. Smoke may be strong in surrounding communities. The Fire Public Information Hotline has been updated: 415-473-7191 pic.twitter.com/0DoIAEBp1E 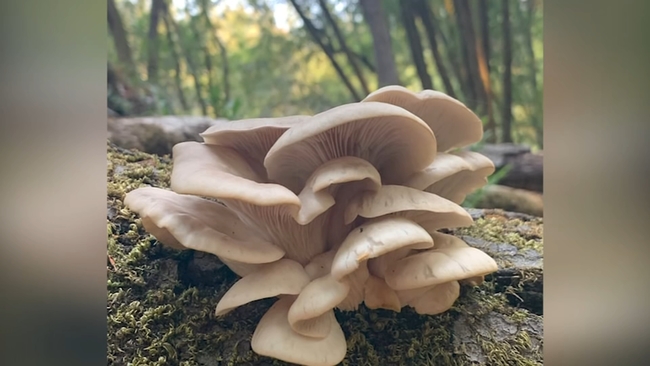