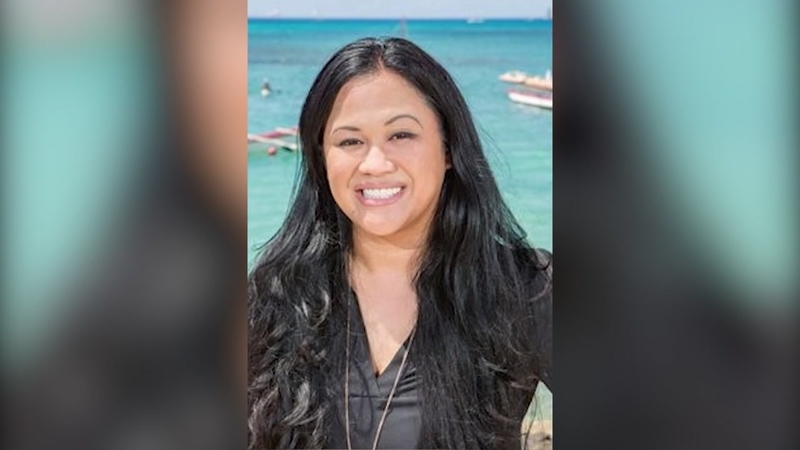 "Yeah, it took me a year to actually ask her for her number," said Boyd.

The couple describes their eight year romance as slow and steady.

"What I love the most is his patience," said Nisperos.

Similarly, after Mikey proposed at Christmas in 2017, they decided on a long engagement, with plenty of time to plan and for their family to save up.

The destination was a no brainer. They chose Hawaii where Mikey took Rachel on their first vacation together as a couple and where she discovered the Aloha life.

"It's always been just a very hospitable culture without any strings attached," said Nisperos.

A friend recommended hiring Wendy Wong, who goes by Wen of House of Aloha Hawaii to book the entire wedding.

"She was literally supposed to do A to Z everything," said Nisperos.

Three months to the wedding they say there were no confirmed bookings, no flight itineraries and always an excuse

"It was almost like we were still almost a year and a half out," said Nisperos.

She says it was far from the Aloha Life.

"It's the exact opposite," said Nisperos.

On Aug. 6 she says she received an email from Wen.

"Everything is under water, everything. It's so bad right now with what happened and having to deal with the issues," the email in part read.

Those issues including a lawsuit out of New York filed July 23 by Cash Flow Funding, which bought House of Aloha Hawaii and Wen's future receivables for $50,000. Less than 24 hours after receiving that money, Cash Flow Funding Attorney Michael Samuel says Wen defaulted on her first payment of $600.

"My client was just bewildered because in transactions like this it's extremely uncommon," said Samuel.

Cash Flow Funding is suing Wen for more than $100,000 and attorneys' fees.

Many of them mentioned Wen's assistant Jaymie Rodriguez.

"It just sounded like she was trying to cover for Wendy as well," said Nisperos.

"I did not know that," said Nisperos.

With two months before the big day, the couple and their family are out $27,000. Rachel and Mikey still need a place to stay the night before their wedding in Oahu.

"I wish we never crossed paths with her," said Nisperos.

Even so, the couple says their love is stronger than ever.

Rodriguez has not responded to I-Team Reporter Melanie Woodrow's requests for comment. Wen who had been emailing Melanie has stopped. Wen's parents however are speaking with Melanie.

"Thank you for the opportunity and trust that your investigative journalism will provide relief for some of the victims and perhaps, more importantly prevent future victims. The Tenedora family grieves over the devastating losses to so many including several of them. Innocent victims will never get their dream vacations or the weddings of their dreams. No one will ever be paid back, the money is gone. Aside from stealing their money, betraying childhood friends, family and their referrals is heinous. House of Aloha is nothing more than a House of Cards, House of Deceit and Lies."

The Santa Clara County DA's Office has created a dedicated email address for consumers with complaints about House of Aloha Hawaii. It is TravelComplaint@dao.sccgov.org

Wen did not respond to a request for comment prior to this report airing but the following day she emailed writing:

"Those that know the history between my dad, my stepmom and I, are not surprised by their actions. They are evil people. Who does this to their children? He is SPEAKING on his own behalf."

For a look at more stories and videos by the ABC7 News I-Team go here.
Report a correction or typo
Related topics:
hawaiimilpitasvacationtraveli team
Copyright © 2021 KGO-TV. All Rights Reserved.
I-TEAM