KABC
ANAHEIM, Calif. -- The family of a man who died after a struggle with Anaheim officers held a news conference on Monday to allege excessive force from police.

Christopher Eisinger, 35, was taken off of life support Saturday morning after being declared brain dead and in a coma for several days.

He was arrested on March 2 for allegedly trying to break into a home and several cars. Police said Eisinger appeared to be under the influence of drugs and was struggling with officers during his arrest, at times trying to reach for their holsters or tasers. During the struggle, he went into full cardiac arrest. Police said paramedics were called and managed to resuscitate him, and he was taken to a hospital in stable condition.

When Eisinger's family attorney, Anne Della Donna, spoke to the media Monday morning, she said despite statements from police that Eisinger was in stable condition, he never regained consciousness.

Donna talked about the arrest, which involved five officers, saying Eisinger's head was pushed against a concrete sidewalk for four to five minutes. She said the force used to restrain his head was so significant, it caused two fractures on his left cheekbone and caused bleeding behind his right eye that caused the right eye to protrude through the eye socket. Donna said he eventually suffered compressional asphyxiation.

"In that position, head turned, face down, severe force applied against the side of his face, Chris's airways were compromised and blocked, and he went into respiratory distress. That same pressure was used to restrict his ability to breathe for a long enough period of time to stop his heart, which is otherwise known as compressional asphyxiation," she added.

Loved ones, including Eisinger's parents, question the police department's account of what happened and want more answers.

"Why can't they tell us for how long he wasn't breathing? Why is this such a mystery? Because we came in with more questions than answers," Eisinger's mother, Katrina, said at the press conference.

All of the officers involved were wearing body cameras, but the video has not been released.
"I saw no application of the carotid restraint, use of impact weapons, use of strikes, use of a taser, nothing like that," said Harvey, adding his officers showed great restraint.

Officers said they found drug paraphernalia on Eisinger that night and added that he had several encounters with Orange County law enforcement in the last few years.

Friends and family said Eisinger had fallen on hard times and gotten involved with drugs but wanted to get better.

"We miss him," his mother said. "We miss his smile, we miss that Chris."

It will be up to the Orange County District Attorney's Office to decide whether or not to release the body camera video. 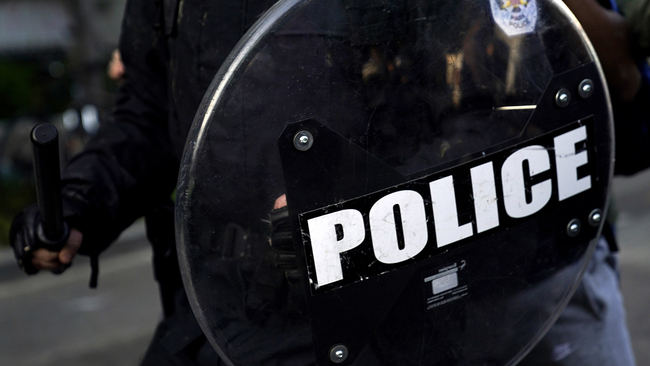