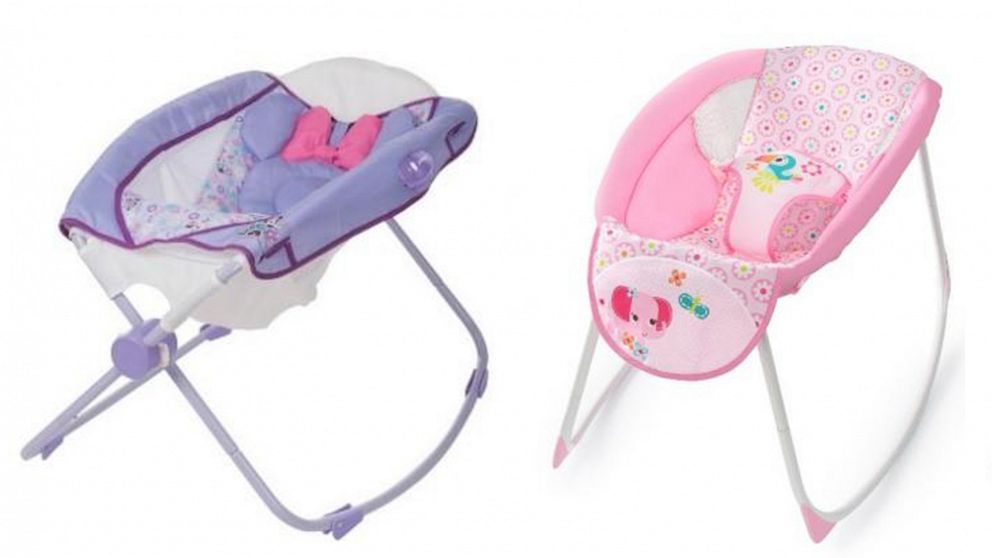 Federal authorities are urging parents and caretakers not to use inclined sleep products for infants, citing dozens of deaths and evidence leading them to conclude that certain sleepers "do not provide a safe sleep environment."

The Consumer Product Safety Commission pointed to 73 infant deaths from January 2005 to June 2019 it says were related to the infant reclined sleep products, according to a statement.

Over that time period, more than 1,100 incidents were also reported to the commission, the statement read.

CPSC hired an independent expert, Dr. Erin Mannen, a mechanical engineer specializing in biomechanics at the University of Arkansas for Medical Sciences, to test the design of the sleepers. She found that none of sleep products her team tested are "safe for infant sleep," according to the statement.

Also, the expert found that "soft and plush-like sleep surfaces pose dangers to infants," the statement read. A surface that is inclined 10 degrees or lower is likely safe, according to the statement.

The "bare is best" and "back to sleep" models are the best ways put to children to sleep, the commission advised; that is, parents or caretakers should not add blankets or pillows to the child's sleeping environment and should always place them on their backs.

The warning, which was issued on Thursday, didn't name any specific company. But the commission's announcement cautions against using any such product, including ones that haven't been recalled, according to the statement.

Several inclined sleepers have been recalled recently, according to the commission. In April, CPSC recalled Fisher-Price's Rock 'n Play Sleeper after it said 32 sleep-related infant deaths were linked to the product.

Mattel, the manufacturing company that produces Fisher-Price products, did not immediately respond to ABC News for comment Saturday. However, the general manager of Fisher-Price released a statement after the recall in April.

"A child fatality is an unimaginable tragedy. For almost 90 years, Fisher-Price has made the safety of children our highest priority. In recent days, questions have been raised about the Fisher-Price Rock 'n Play Sleeper. We stand by the safety of our products," Chuck Scothon, general manager, said in a statement.

"However, due to reported incidents in which the product was used contrary to the safety warnings and instructions, we have decided to conduct a voluntary recall of the Rock 'n Play Sleeper in partnership with the Consumer Product Safety Commission," the statement continued.
Report a correction or typo
Related topics:
abc newsnational
Copyright © 2021 ABC News Internet Ventures.
More Videos
From CNN Newsource affiliates
TOP STORIES