Classic Ferrari tucked away inside Hollywood apartment for decades 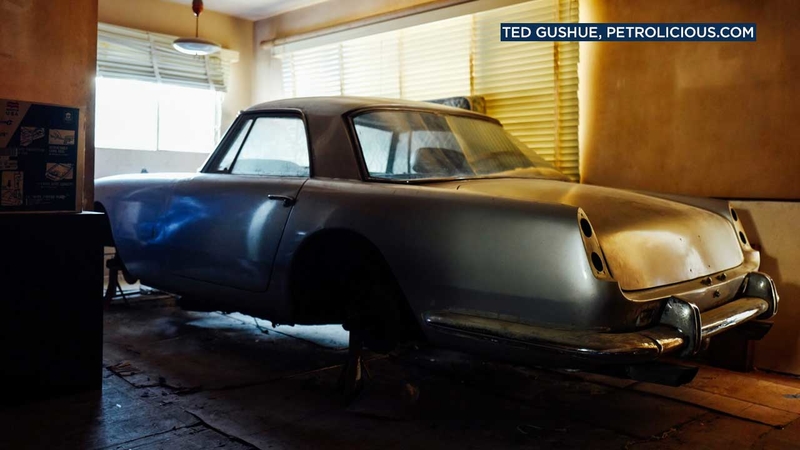 Ferrari tucked away inside Hollywood apartment for decades

WEST HOLLYWOOD, Calif. -- We know that exotic car lovers truly adore their automobiles. But one man went above and beyond -- by giving his Ferrari its own apartment in Hollywood, where the car remained tucked away for decades.

For approximately 30 years, the vehicle, a 1959 Ferrari 250GT PF Coupe, has been parked inside a one-bedroom Hollywood apartment.

According to Petrolicious.com, the owner bought the car in 1975, drove it for around eight years and then wanted to safely store it.

A car lover went above and beyond for his classic Ferrari by giving the automobile its own apartment in Hollywood, where it remained tucked away for around 30 years.

So he cut a hole in the wall of an apartment building he owned, rolled the car into the one-bedroom apartment unit and plastered the wall back into place.

"One sold in Paris this year for $700,000. A car sold at Pebble Beach this year for $715,000," said Terry Karges, the executive director of the Petersen Automotive Museum.

But no other Ferrari in the world has lived the quiet, hermit-like existence that this one has.

According to the Petrolicious.com article, the car sat in the apartment for decades, until the anonymous owner sold it to an anonymous buyer.

"Well, this is amazing," said Herve Willems, owner of Heritage Classics Motorcar Company in West Hollywood. He said he used to sell cars like this for about an eighth of what they'd go for today.

"This is a lot of work. I mean, I don't understand why he didn't just go rent a garage or something," Willems said.

The Petersen Automotive Museum gets calls about exotic cars discovered by family members of loved ones recently passed, but never of a car that had its own apartment.

"Never. This one's brand new. This is special," Karges said.