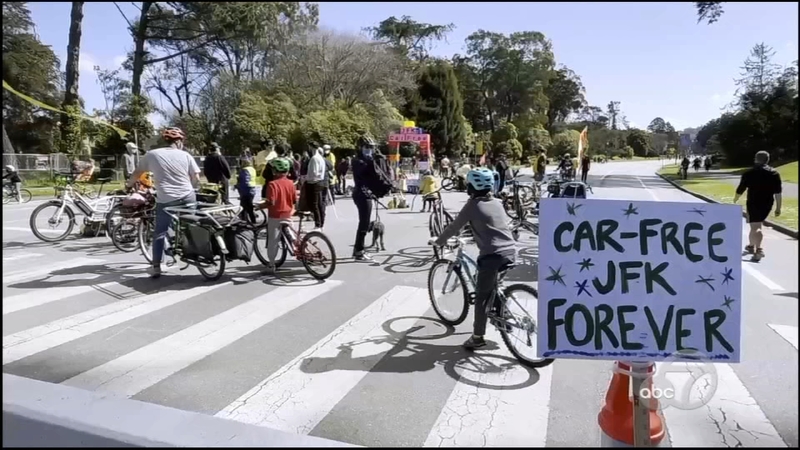 SAN FRANCISCO (KGO) -- After a marathon session, the San Francisco Board of Supervisors voted to keep JFK Drive in Golden Gate Park off limits to vehicles.

Public comment started Monday morning and went on for hours some of it was rather colorful.

Polls showed support for the idea and many of the people who weighed in during the meeting also were supportive of the closure.

However, there were those who were strongly against the idea.

Board President Shamann Walton was among those opposed to making JFK car-free.

Part of his argument was access and how this could make it more exclusive.

Walton was one of four supervisors to vote against the proposal.

Mayor Breed put out a statement applauding the move but added it's only a start and there's more work to be done.