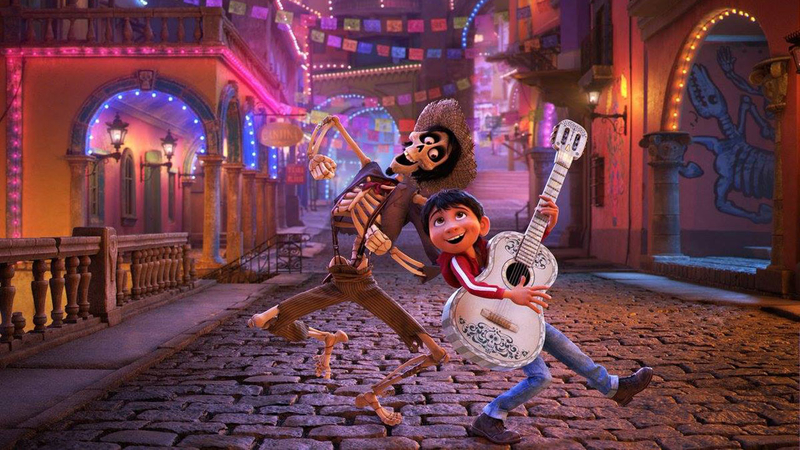 Have you ever dreamed of working at Pixar? If you have ever wondered what it takes to bring a movie like "Coco," "Toy Story" or "Monsters, Inc." to life, here's your chance to learn from the best.

Disney is offering free online classes with Khan Academy on animation and filmmaking-taught by Pixar artists-and you can learn it all in your pajamas!

Here are 13 things Pixar artists will teach you in class:

HOW TO TELL A GREAT STORY
When you were a kid, you might have loved when someone would read to you. But while your parent or teacher might have done a good job, there always seemed to be someone who could make it great by doing voices or maybe acting out the action.

RELATED: The 12 principles of animation as illustrated through Disney and Disney-Pixar films

Inspiration can happen at any moment. For Pixar director Lee Unkrich it happened during a visit with his family to Epcot at Walt Disney World in 2011.

In Pixar in a Box, directors and story artists teach you what makes a good story great, from finding a great plot, to developing character, story structure, thinking about visual language, and why storyboarding helps filmmakers create the magic you see on screen.

AN UNDERSTANDING OF HOW HAIR MOVES
If Boo and Sulley from "Monsters, Inc." had hair or fur that didn't move the entire movie, you'd probably think that was nuts.

Your grade school science classes like taught you about motion, gravity and how things like wind can move the leaves on a tree, for instance. All of that applies in animation.

Pixar animators are responsible for creating believable worlds with details down to the tiniest degree, like making Merida's strands of lovely red hair shift as she pulls the bow and arrow in "Brave."

COLORS ARE MORE THAN JUST DECORATING
Could you imagine if Dash from "The Incredibles" wore something other than a red suit? Would he seem as fast? Would Sadness in "Inside Out" have worked if she was green instead?

Color can influence and convey mood, and in many ways, can become a character in and of itself, Pixar animators say.

"Color is a sensation," said Pixar production designer Bill Cone. "It can trigger like a visceral response, like if you smell bacon, you know, it's like if you see certain kinds of colors, the same exact feeling."

RELATED: 9 things you didn't know about 'Inside Out'

FILMING ANIMATION IS THE SAME AS LIVE-ACTION FLICKS
"Inside Out" director of photography Patrick Lin and camera lead Adam Habib said Pixar uses virtual cameras that help them achieve similar effects they might get recording actors on a set with a live-action movie camera. With these cameras, the artists are able to explore how camera settings like F-stop, focal length and focus can create cool effects.

IF IT'S DUST, SAND, WATER OR FIRE...USE PHYSICS
Before a Pixar animator can create a fiery explosion or a splash of water, they have to first understand physics. Pixar effects artist Sarah Beth Eisinger says knowing the way particles push or pull each other is the basis for creating these elaborate special effects.

GEOMETRY IS WHERE DINOSAUR SCALES ARE BORN
When you watch "The Good Dinosaur," you might not think twice about the texture of Arlo's green skin. But the artists at Pixar use geometry and a trick known as a "Voronoi diagram" to create patterns that could make up giraffe spots, the cracks you might see in dried mud, and yes, dinosaur scales.

HOW COMPUTER MODELS ENHANCE REALISM
One of the most crucial steps to making Pixar characters come to life is a process called "rigging." Brian Green, rigging technical director for Pixar, says artists create an entire digital model that allows them to move it around and act, giving them realistic human qualities-even if they're not human.

THE MATHEMATICS OF ANIMATION
Pixar's state of the art computers are where math meets artistry. Animator Rob Jensen says whether you are drawing by hand or drawing with computers, it all requires an understanding of math, whether you're making a ball bounce or helping Mr. Incredible lift a train car in "The Incredibles."

THE PARABOLAS ARE ALWAYS GREENER...
What might appear to you as grass blades in "A Bug's Life" or "Brave" are really parabolas in the Pixar world. Translation: More math.

"I think most people think of maths as something boring and mechanical, but that's not the way we see mathematics at Pixar," artist Inigo Quilez explains. "For us, maths are a tool to create images, movement, richness and fun."

VIDEO: Travel to a world where dinosaurs never left the earth with 'The Good Dinosaur'

Pixar takes audiences on an epic prehistoric journey in "The Good Dinosaur."

THESE SMOOTH MOVES WILL MAKE CHARACTERS SHINE
Tony DeRose, a Pixar computer scientist, explains that most computers see objects as either planes or cylinders. But, if you want a realistic character, you have to learn how to smooth these images out so they don't look "computery."

Using a mathematical algorithm known as "subdivision," animators are able to create additional points around an object to make it appear smooth and round, like Buzz Lightyear's helmet in "Toy Story."

'COMBINATORICS': HOW EXTRAS ARE CAST
If you want to fill a scene with a group, say a school of fish in "Finding Nemo," you have to know how to use something called 'combinatorics.' Character technical director Lou Hamou Lhadj says understanding how combinations and permutations work in mathematics helps them to cast their movie scenes with a multitude of animated characters.

PLANES AND POINTS ARE HOW YOU SET A STAGE
Just like geometry is necessary for creating dinosaur scales, technical director Colin Levy says "geometric transformations, which as basic functions to manipulate the position, orientation, and size of an object, are an essential part of building our shots." This is true, whether you're making sure Andy's bed is in the right place in "Toy Story" or Remy can find his way around the kitchen in "Ratatouille."

RENDERING: THE FINAL STEP
Pixar researcher Christophe Hery offers an interesting look at how the filmmakers calculate the color of every pixel in every frame of every shot in the finished film. Here's a hint: more math!

RELATED: See the Easter eggs in every Disney-Pixar movie