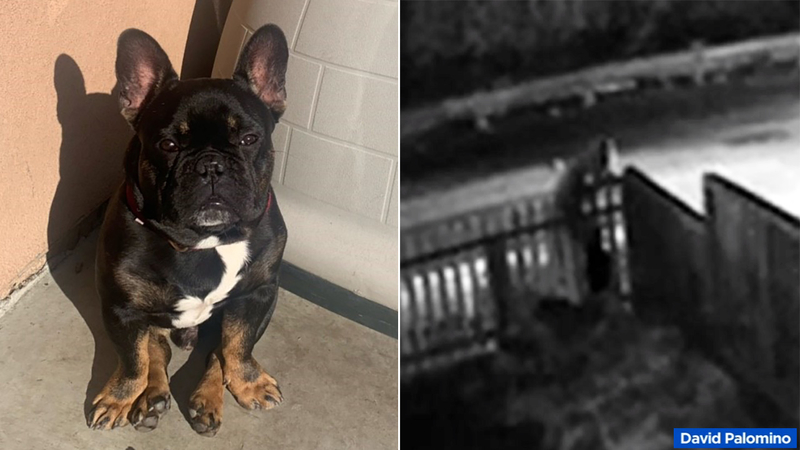 SAN JOSE, Calif. (KGO) -- A family in San Jose is heartbroken after they say a thief stole their French Bulldog.

It happened at 7 p.m. Sunday on Coyote Road and was caught on video. The family tells ABC7 News they were getting ready to leave their home, when their dog, Rollie, was unintentionally left outside. That's when someone grabbed the dog from over the fence and ran off into a car.

The owner says a man was keeping tabs on the dog before he eventually stole him.

Another French bulldog stolen, this time in San Jose on Coyote Rd around 7pm. This video was shared on Ring where the owner says a man was keeping tabs on the dog before he eventually stole him. The frenchie is black w/ brown paws & white on his chest. @SanJosePD is investigating pic.twitter.com/FczSfOdbjf

"We didn't know he was outside and by the time we realized it was too late so that's when we checked the cameras. It made us all cry," said David Palomino.

Rollie is black with brown paws and white on his chest.