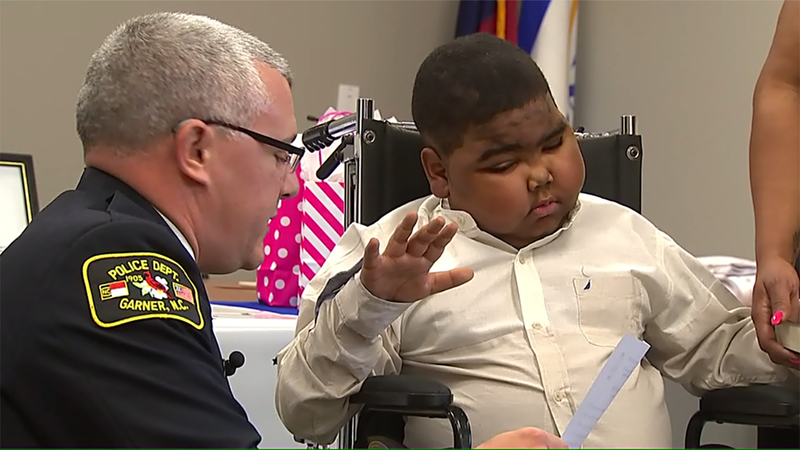 GARNER, North Carolina -- A brave Garner fourth-grader who got to fulfill some big wishes has lost his battle with cancer.


It is with great sorrow I share that our Honorary @GarnerPolice Officer, Khamari Campbell has passed away after losing his battle w/cancer.

Khamari, who attended Creech Road Elementary School, had always wanted to be a police officer, so the Garner department made him an honorary officer on Feb. 11.

"So he took a special oath that was designed for him in terms of being an honorary police officer," Zuidema said that day.

On Tuesday, it was a more somber tone as the chief announced "with great sorrow" the news of Khamari's passing.

Zuidema later tweeted that "Khamari was an amazing young man with a great spirit and love of law enforcement."

Khamari also realized another dream in December, when he got his wish to meet NBA star Stephen Curry.

Khamari and his family flew to Oakland to watch Curry's Golden State Warriors practice, meet the team and attend a game.

Khamari's dad, Terek Campbell, said in December that it was an emotional and overwhelming moment for him and his son, one neither would ever forget.