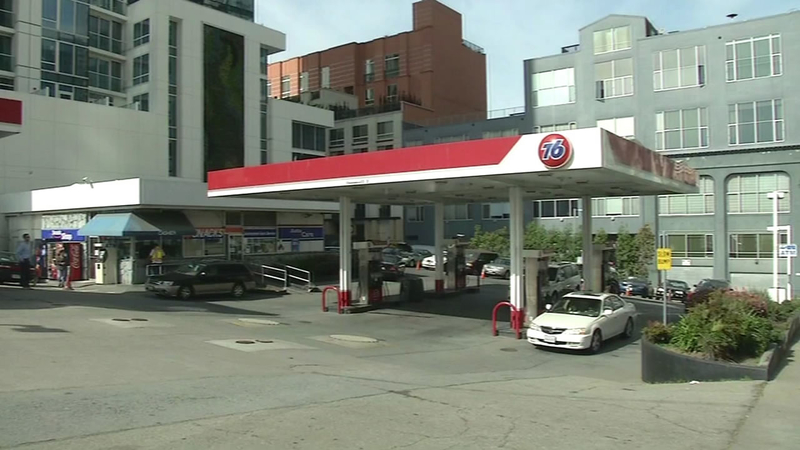 SAN FRANCISCO (KGO) -- Across the Bay Area, gas stations are disappearing and new housing is springing up in their place.

Most cities can build more gas stations, but in San Francisco, where land is scarce, residents are wondering just where they're going to fill up.

Drive your car in San Francisco and you might just run out of gas. That's because gas stations across the city have been shutting down.

"I have noticed it. Yes, I drive a lot and they are tearing down the gas stations and either building parking lots, or condominiums," said driver Deborah Welsh.

Since 2010, 23 gas stations have been slated for closure in the city. And by 2017 there will be 40-percent fewer gas stations here than there were just a decade earlier. This gas station on howard street soon close its doors.

"Well, what can you do, you just got to make adjustments and driver further to get your gas, I guess," said driver Christine Meyers.

Jeff Lenard is with The Association for Convenience and Fuel Retailing and he says across the country there's a decrease in the number of gas stations.

"The average markup on a gallon of gas is about 20 cents and after expenses credit card fees, rent, labor, depreciation, you usually make about five cents a gallon," Lenard said.

"I was very surprised how slim the margins are on the gas," said former gas station owner Brian Spiers said.

Spiers, a developer, bought a gas station on Market Street in 2006 hoping to build housing. When the economy collapsed, he decided to keep it open until the economy turned around.

"I ended up developing that property into a 115-unit mixed-use condominium building," Spiers said.

Spiers acknowledges that he's part of a growing problem and says now is the time to have a conversation about how people will get gas in the future.

"You should be able to pull up to a little mini mart, and there should be a gas pump there. Why we have to have a whole half-acre corner lot on our most grand boulevard, Market Street, devoted to a gas station makes no sense," Spiers said.

Tom Radulovich is executive director of Livable City, a nonprofit committed to keeping to neighborhood transportation diversity. He also serves on BART's board of directors. He says building codes in many parts of the bay area need to be updated to reflect the changing needs of drivers.

"There's also a lot of restrictions on where you can relocate a gas station, so on the one hand we say preserve them, but on the other other hand once they get displaced there is often no place for them to go," Radulovich said.

He says despite San Francisco pro-transit policy, new buildings are still adding parking spots for cars. That means demand for gas stations will only rise.

"If we want things like housing and retail in neighborhoods like this one, maybe we need to open up other areas so that the gas stations can relocate," Radulovich said.