Residents excited for Oakland to shine during NBA Finals 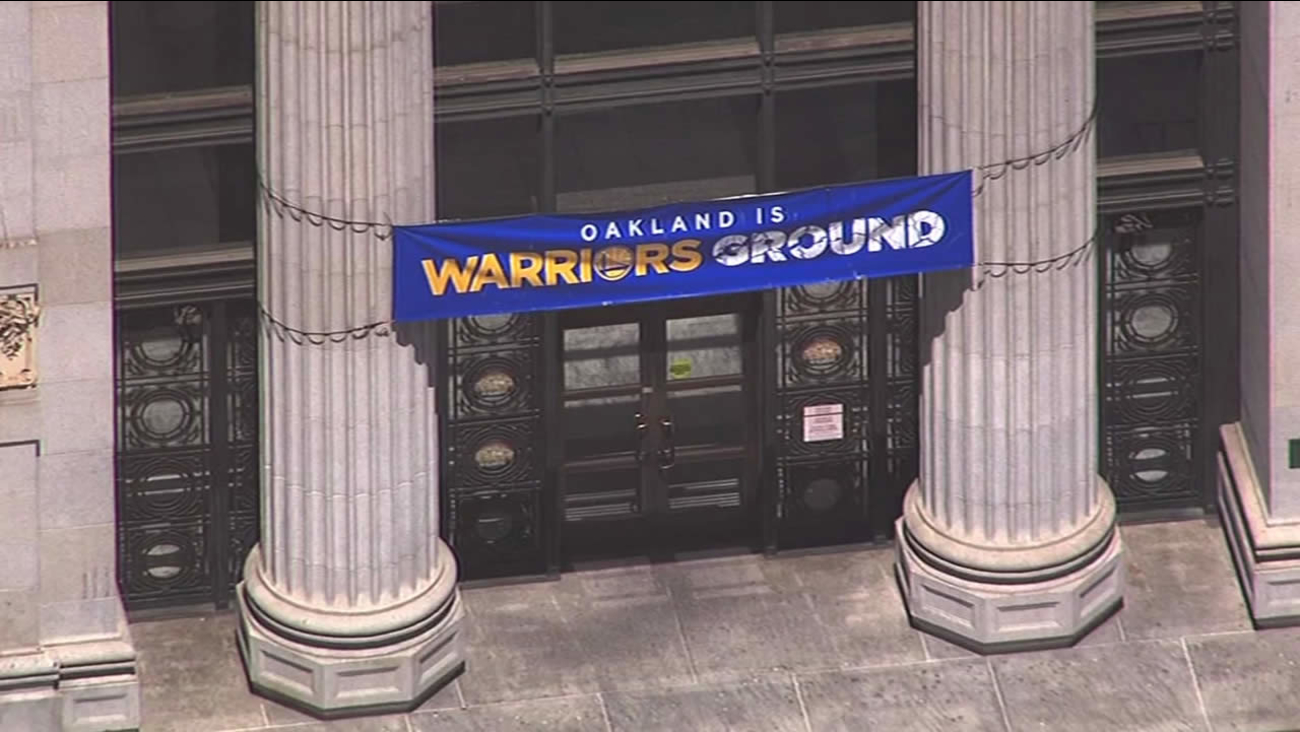 A sign supporting the Golden State Warriors is seen at Oakland City Hall on June 3, 2015. (KGO-TV)

OAKLAND, Calif. (KGO) -- The NBA Finals between the Golden State Warriors and the Cleveland Cavaliers begins Thursday. And for Oakland residents, it's time for their city to shine. Residents are hoping for positive coverage with all eyes on Oakland.

"I'm gonna have it on tomorrow and every day thereafter," said Jackie Bradley.

On Wednesday, Bradley bought a t-shirt from a corner vendor on Telegraph Avenue to show her support for the Warriors and her Oakland pride. The city is also wearing its blue and gold. At Everett & Jones Barbeque, even the drinks are color coordinated.

"This is what you drink when you're a Warriors fan," said one customer while gesturing to a blue beverage.

With a massive media presence in town for the NBA Finals, Oakland hopes for a chance to shine in the stories that will be covered off the court.

"I'd love to see some focus on the fact that it's such a diverse and vibrant community," said Oakland resident Lewis Pugh. "A lot of positive things are happening in Oakland."

At Oaklandish, the retailer that sells all things Oakland, there may be some publicity from the bet Congresswoman Barbara Lee has made with an Ohio counterpart. It includes an Oaklandish tote bag. Hopefully, no payoff.

Rep. Barbara Lee has bet an Ohio counterpart on the NBA finals- includes an Oaklandish bag. Hopefully no payoff!! pic.twitter.com/GK5Odc73HE

And at the Linden Street Brewery, they learned Wednesday morning that Senator Barbara Boxer has made a friendly bet with their Oakland style beer.

"All these reporters should be seeing the great support the community is giving not just to the Warriors but to local businesses," said Andrew Ritter with Linden Street Brewery.

Mayor Libby Schaaf has said she hopes the cameras will capture images of the majestic cranes along the waterfront and Lake Merritt, which now has banners of Steph Curry and Klay Thompson and the Warriors on light poles.

"I feel like there's just such a buzz and a glow about the city, that more people need to see it," said Oaklandish employee Virginia Harrison.

And perhaps during the NBA Finals, they will.