VIDEO: People push cars stuck in snow on I-5 over the Grapevine 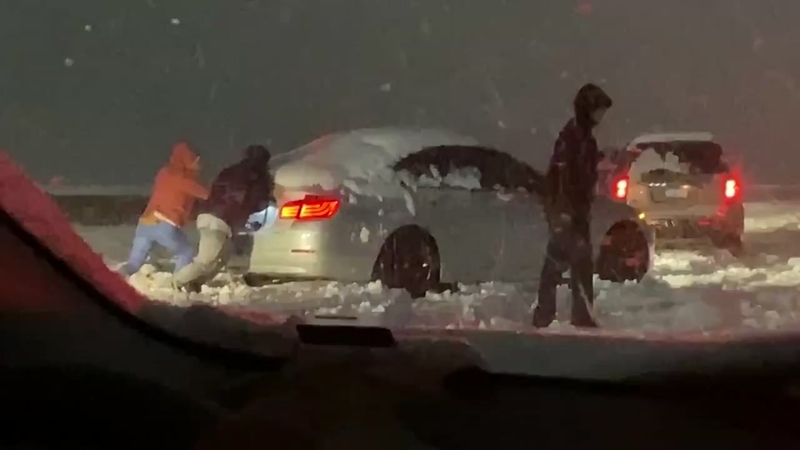 VIDEO: People push cars stuck in snow on I-5

LEBEC, Calif. (KGO) -- Drivers were stuck for hours on Christmas night after a major snowstorm brought heavy snow to Southern California on one of the busiest travel days of the year.

Both directions of Interstate 5 over the Grapevine were shut down, leaving multiple vehicles stuck in the snow.

Video shared on Twitter shows people attempting to push vehicles through several inches of snow. It was filmed on I-5 near Lebec on Christmas night and the early hours of Dec. 26, according to Louigi's Italian, a Los Angeles restaurant who took the video.