The Clinton campaign is doing damage control after the emails leaked by Wikileaks suggest a play to pay scheme involving her husband.

Another batch of emails released by Wikileaks overnight includes one allegedly from one of Bill Clinton's longtime aides.

ABC News has not been able to validate the stolen documents that purport to show how donors to the Clinton Foundation were encouraged to hire former President Bill Clinton for lucrative speaking engagements.

The U.S. intelligence community has tied the Wikileaks documents to Russian government hackers trying to interfere in the U.S. election.

In ABC's exclusive interview with Donald Trump, George Stephanopolous asked him about that connection.

George Stephanopolous: U.S. intelligence agencies believe the Russians are behind that leak. Why don't you believe it?

Donald Trump: I don't know if they're behind it. And I think it's public relations, frankly. Do you know what does bother me? I have nothing to do with those...

Stephanopolous: But you were even told by the...

Trump: Let me explain something.

Trump: I don't know what he said.

Stephanopolous: ...He told you that he thought the Russians were behind it.

During that interview, Trump also repeated his controversial remarks about the death of an American Muslim military hero in Iraq.

"Had if I were president at that time, Captain Khan would be alive today," he said.

RELATED: Clinton on the First Lady: 'Is there anyone more inspiring?'

And with only days to go before the election, Clinton was joined on stage with the person many believe to be her strongest advocate, First Lady Michelle Obama, as the national poll numbers show this race is only getting tighter.

Clinton's campaign is worried that their voters may stay home. But in an optimistic move, they announced her election night location in New York, standing literally under a glass ceiling. 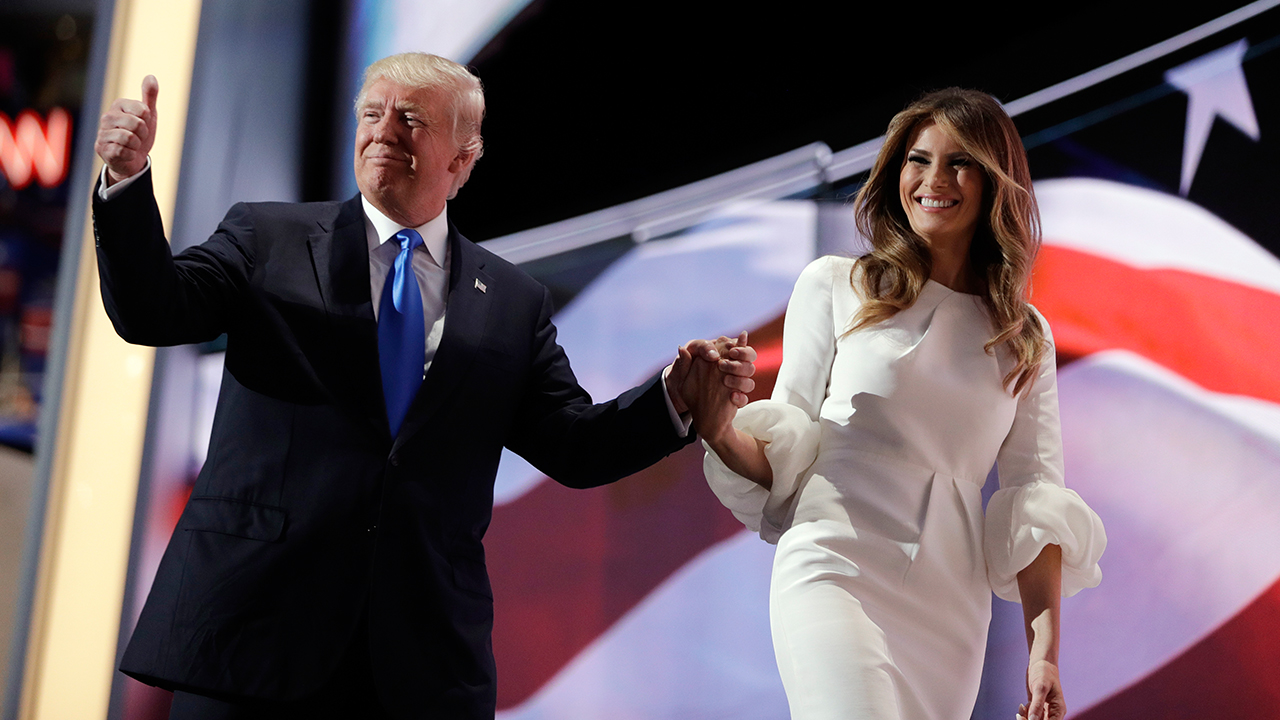