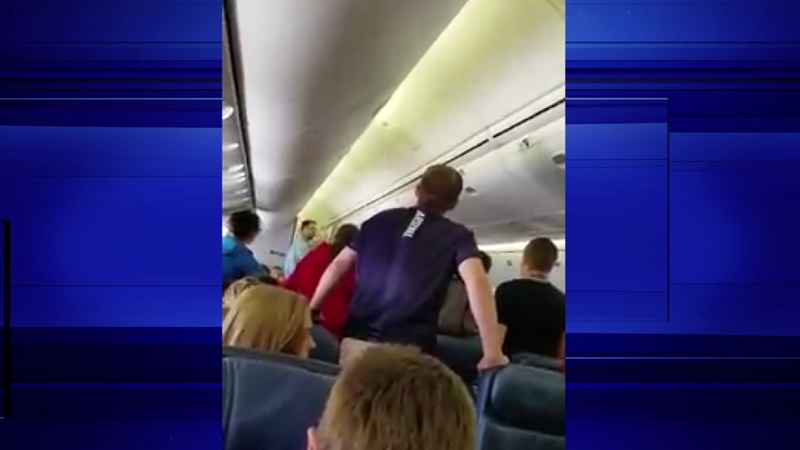 ATLANTA, GA -- It was an amazing show of respect for a Houston soldier who made the ultimate sacrifice, and it was captured on video.

The video, shot on July 18, was posted to Facebook by Diane Cupp, who was on a flight from Germany to Atlanta. When they landed, Diane says the pilot announced that a soldier on board would exit the plane first. That soldier was escorting the remains of a World War II soldier.

As that soldier got up to leave, Diane says a group of young people began to sing "The Battle Hymn of the Republic."