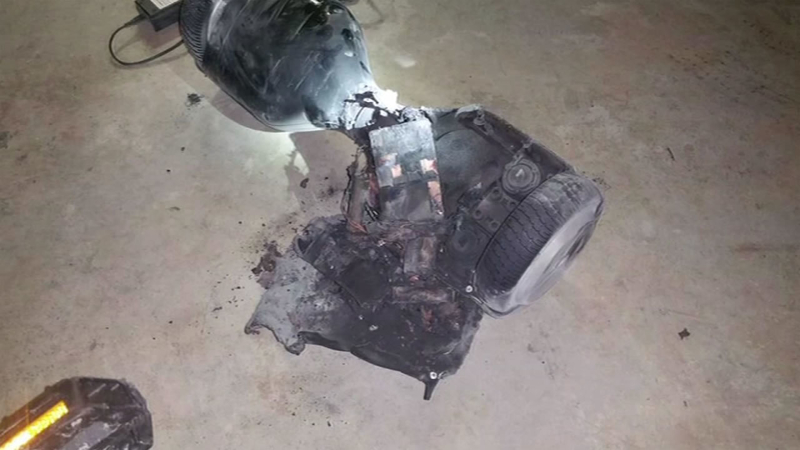 PETALUMA, Calif. (KGO) -- A Petaluma family heard a hoverboard explode inside their house before it caught on fire.

The family said a child's hoverboard was charging when it exploded and burst into flames, sending embers across the room. Nobody was hurt, but the rug was badly damaged. This particular model is the Mini Smart Self Balancing 2.

The owner said the batteries were: "Shooting hot projectiles around the room." "I heard a sizzle, I was happy to be here at the right time, I guess," Jim Beels added.

If Beels sounds like a man who dodged a bullet, he didn't.

The Hoverboard is now in the safe-keeping of the Petaluma Fire Department.

After just a 15 minute charge, Monday night, Beels said the unit exploded, causing not one fire, but many of them in his daughter's room. "I thought it was a grenade going off," he said.

https://t.co/DMyfnDbUms has said it will take returns of #hovervboards, burned or not burned, no questions asked. pic.twitter.com/vcxSNMi0XY

Had Beels not been home and had a fire extinguisher, even the fire department admits that he might not have a home at all.

Just one week ago, a Santa Rosa family lost their two beloved dogs in a house fire. Firefighters blame a hoverboard that was plugged into the wall in a child's bedroom. 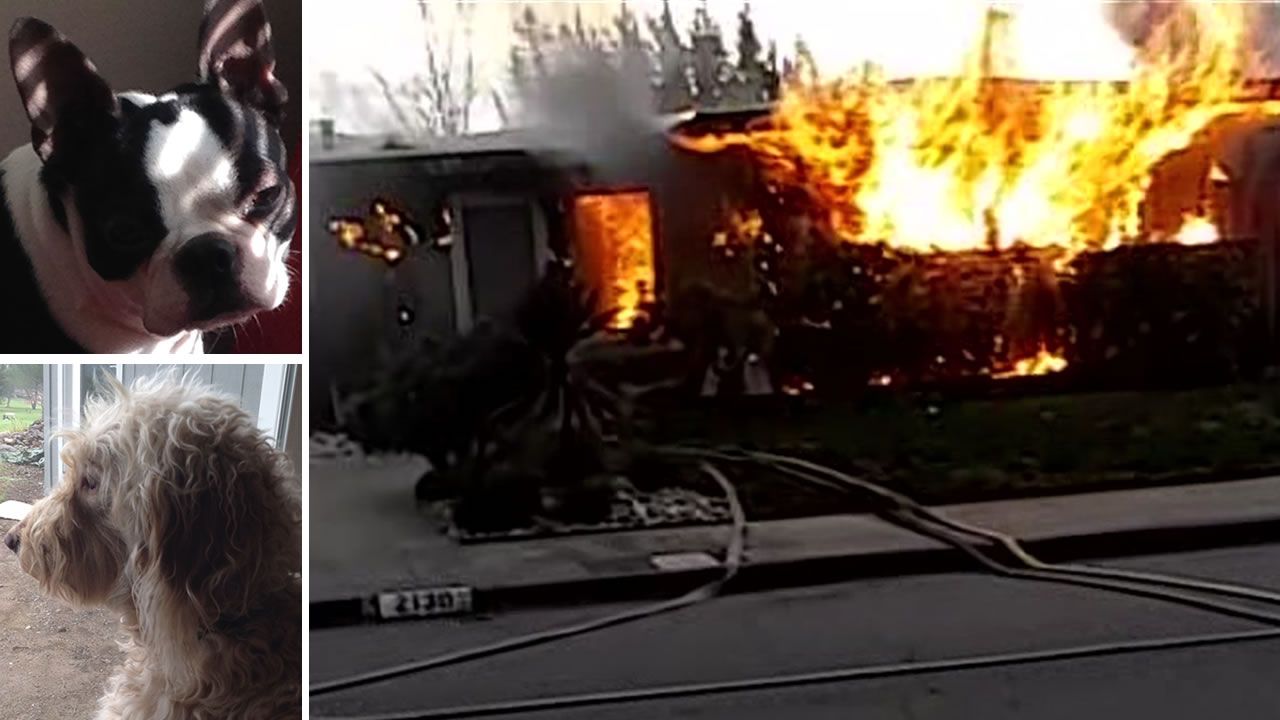 Hoverboard likely sparked Santa Rosa house fire that killed dogs
A Santa Rosa man is speaking out after his house apparently caught fire from a hoverboard that was charging and killed his two dogs. He says, "It's like selling kids bombs."

Now, after more than 40 fires in 19 states, the Consumer Product Safety Commission has begun an investigation, with special attention on the batteries.

There are reports all over the country of other hoverboard fires and injuries. "This is one of our highest priority investigations at this point," Consumer Product Safety Commission spokesperson Scott Wolfson said.

Wolfson said the 41 cases nationwide include 13 different brands. "We're deeply concerned that some of these hoverboards have battery compartments that do not have safety built into them," he said.

Wolfson urges people who have one of these at home to return it. Although there's no official recall, the CPSC would like retailers to stop selling hoverboards until they find the root of the problem and fix it. "It's the right thing for the safety of your whole house, of your family. Don't take the chance," he said.

Customers who purchased a hoverboard from Amazon can return their product for a full refund. Click here to contact the company.

Consumers can report fires or falls to the CPSC here.

For the record, @PetalumaFD tells us this was: ‘Mini-Smart Self-Balancing 2 Wheel electric Scooter With LED Light’ pic.twitter.com/QIDAPtU9tg

Scary to see the damage that a burning #hoverboard caused in Jim Beel’s Petaluma home… lucky to still have a house pic.twitter.com/ZHY1XvOiHN

Burned #hoverboard the 2nd in Sonoma County in less than one week. Last one cause $250k damage and killed two dogs. pic.twitter.com/GGwkZNTItf

Remnants of #hoverboard that caught fire in Petaluma, Ca., last night. The Fire Department has it, now. pic.twitter.com/7ET7hEOxDF

There they are. Ashes from a #hoverboard that caught fire while charging and caused $10k in smoke damage. pic.twitter.com/1Ruz97zJrB