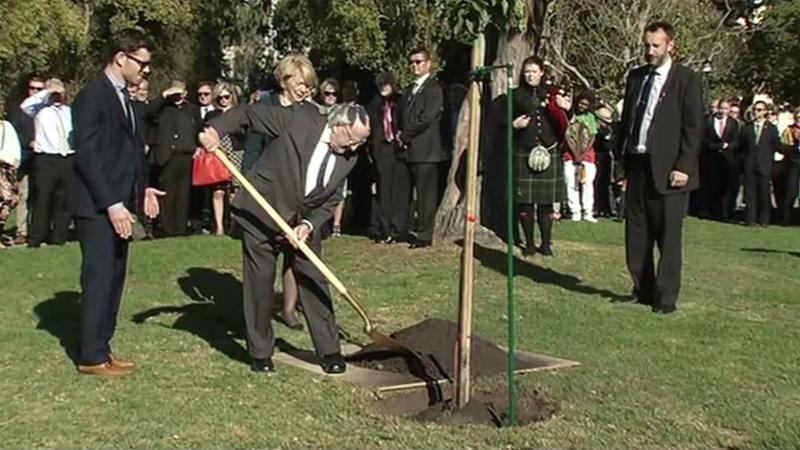 BERKELEY, Calif. (KGO) -- One by one, hand by hand, the President of Ireland thanked the first responders who rushed to the collapse of a balcony in Berkeley that killed six students.