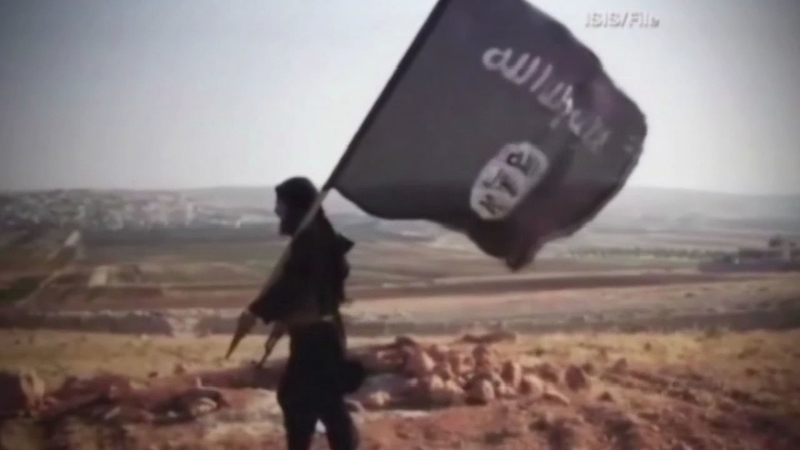 LOS ANGELES -- ISIS is known as the most barbaric terror group on the planet. Over the last two years, the Islamic State group has shocked the world with its brutality, which has included mass beheadings and slaughter by the thousands.

Just the mere mention of the word ISIS now strikes fear into people all over the world. But one filmmaker went to the front lines of the fight against ISIS in Syria for his latest project. Israeli documentarian Itai Anghel came face to face with ISIS fighters, interviewing several who were captured by Kurdish forces.

In the documentary, many of the members openly talk about the gruesome violence. One is asked how many people he has beheaded, to which he says about 70.

Another describes the manner in which he beheaded his victims.

"During the slaughter, we sat him down looking southwards and cut off his head with a knife," he says. "I purposely used a blunt knife so he'd suffer more when I cut off his head."

Thankfully, the Kurdish fighters have had some success fighting the Islamic State on the ground.

One of the Kurds tells Anghel in his film that he is not afraid of ISIS. He adds that if he were, he wouldn't be wearing the group's uniform.

With more than 40 million people, the Kurds are considered the world's largest ethnic group without a country. They are a progressive society with equal rights for women who fight right alongside the men.

Anghel describes a conversation he had with a senior Kurdish fighter.

"A woman commander told me, 'You make such a fuss about ISIS. They are not so good soldiers. It's quite easy for us to kill them.' But you know, it's ISIS, it's such a big name. And within one hour, they managed to scare ISIS away. It was amazing," he said.

One thing going for the women soldiers is that ISIS fighters believe if they are killed in battle by a woman, they don't get into heaven and they don't get the 72 virgins.

"We saw women fighters and we were told to stay away so we retreated so the Kurdish women wouldn't kill us," one ISIS fighter tells Anghel in his film.

That Kurdish commander got a kick out of that.

"I don't know if I should laugh or cry about this notion. But unfortunately for them what happens in reality is that most of them are killed by our women," she said.

Despite their lack of organized military skill, ISIS has taken over large sections of the Middle East, often brutalizing the weak or unarmed, then broadcasting it to the world.

"Their PR is amazing," Anghel says. "It hurts to say, but they are very good at it."

Last summer's killing of American journalist James Foley is an example of that, one that hit close to home for Anghel who not only knew Foley, but says it could have easily been him being beheaded on the world stage. Anghel entered Syria around the same time as Foley and took a route just one mile from where Foley was captured.

"Oh, it was devastating," Anghel says of the moment he learned of Foley's death. "What might have happened, you know, just like that. I've been so close to this very exact point."

Yet, as the world has woken up to the threat of ISIS, their numbers continue to grow every day with recruits from all over the world.

"With every 100 ISIS that we've killed, we have like 500 new jihadists volunteering for ISIS. This is our problem," Anghel said.

An ISIS soldier told him on film that some recruits are even coming from the United States.

One sad footnote to Anghel's film - he says some of the fighters in ISIS are the very same people he interviewed in Iraq a decade ago. He says it's those who are left out of the process when Iraq formed its new government.

Anghel's film is complete, but he is still looking for a company to distribute it in the U.S.