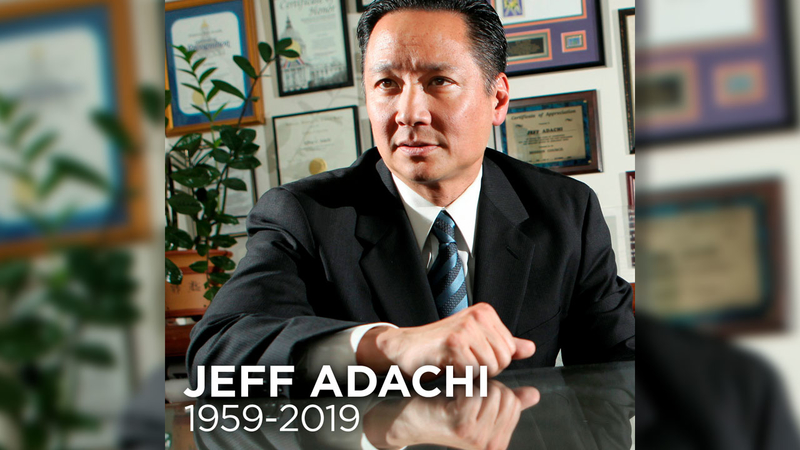 Adachi served in the San Francisco Public Defender's office for 33 years and was first elected to head the office in 2001. He was one of the few elected public defenders in the country and the only in California.

Adachi was known as a watchdog for police misconduct-- he was a vocal critic of the San Francisco Police during the racist text scandal that rocked the department in 2015.

Most recently, Adachi's office convinced a jury to find an undocumented man not-guilty of murder in the Kate Steinle case.

Deeply saddened tonight to learn of the passing of Jeff Adachi. Our condolences to his family, his friends and colleagues in the @sfdefender office.

He was also a vocal advocate for bail reform and ran for San Francisco mayor in 2011 with the hopes of fixing the city's pension problems.

"He was a bulldog and he had a real sense of righteousness about his position and he believed very strongly in the work that he did, and that the prosecution had to prove it, and that everybody was entitled to aggressive representation."

Adachi is survived by his wife and daughter. He was 59-years-old.

Read the full statement from Mayor London Breed about the passing of Jeff Adachi below:

"I am saddened to announce that San Francisco Public Defender Jeff Adachi passed away tonight. My heart goes out to his wife, Mutsuko, his daughter, Lauren, and all his friends and family.

As one of the few elected public defenders in our country, Jeff always stood up for those who didn't have a voice, have been ignored and overlooked, and who needed a real champion. He was committed not only to the fight for justice in the courtroom, but he was also a relentless advocate for criminal justice reform. Jeff led the way on progressive policy reforms, including reducing recidivism, ending cash bail, and standing up for undocumented and unrepresented children.

San Francisco has lost a dedicated public servant, and our communities have lost a champion."