Remembering John Lennon, 39 years after his murder in NYC 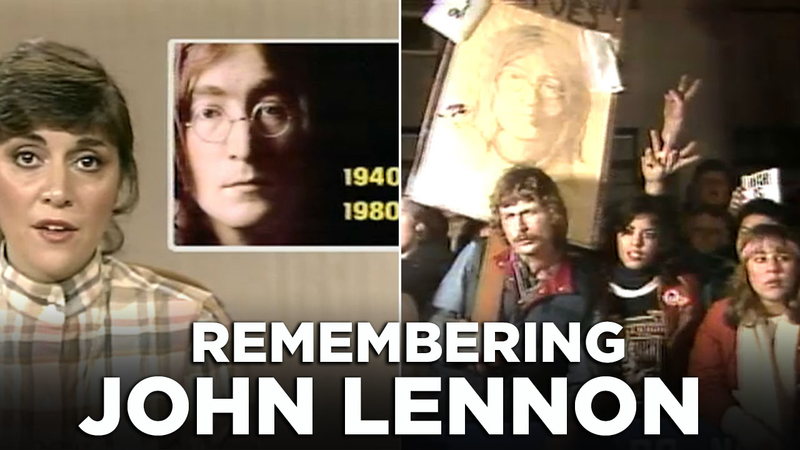 NEW YORK -- On Dec. 8, 1980, John Lennon was shot to death outside his New York City apartment building by a deranged fan.

The former member of The Beatles was gunned down by Mark David Chapman in the archway of the Dakota, where Lennon lived with his wife, Yoko Ono, and his son, Sean.

The shocking act of violence was felt around the world. There was an outpouring of grief as fans held solemn vigils.

The news was broken to America by Howard Cosell on ABC's "Monday Night Football," and the above video shows you how Channel 7's Rose Ann Scamardella delivered the news after the game's end, and how WABC-TV covered the story in the days of mourning that lay ahead.

Fans quickly gathered outside the Dakota apartments to mourn the loss of the iconic musician, and stayed for days.

His grieving fans spoke out against the senseless act of violence that overwhelmed not only New York City -- but also the world.

"I think he was a very peaceful man, he was really killed in a senseless and violent way, and it was a waste, it was really a waste," one fan told WABC-TV on the first anniversary of Lennon's death.

Despite the sadness of losing Lennon too soon, his fans and loved ones were determined to help his dreams and songs live on.

Almost five years after he was killed, Strawberry Fields was officially dedicated on what would have been Lennon's 45th birthday.

It was Ono's dream to transform part of Central Park and make it a living tribute in honor of her late husband. She donated $1,000,000 to the project and said Strawberry Fields is a gift of life.

More than 120 countries from around the world donated trees and plants as offerings of peace.

"This garden is a result of all of us dreaming together, it is our way of taking a sad song and making it better," Ono said in 1985..

Central Park officials said they believe Lennon's vision of a world living in harmony was translated faithfully into a garden of peace.

Chapman is serving 20-years-to-life in the Wende Correctional Facility in western New York. He will be eligible for parole again in 2020.