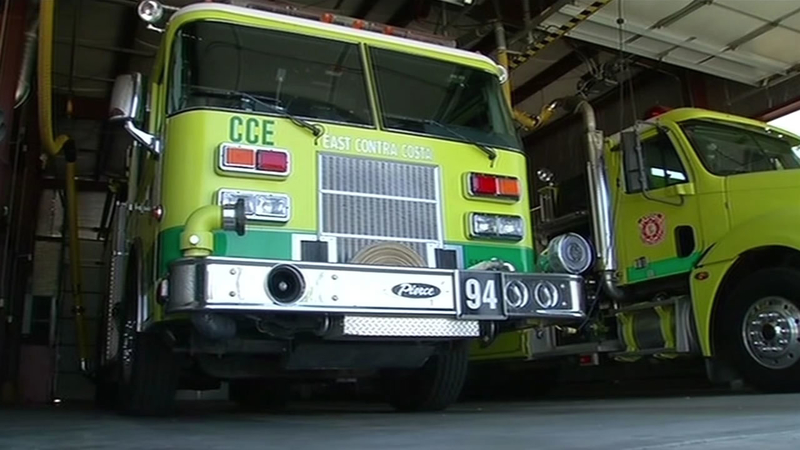 The firehouses in Knightsen and Brentwood are closing, which means the second remaining fire station in Brentwood, as well as stations in Oakley and Discovery Bay , will have to handle all the fire calls for eastern Contra Costa County.

The trucks are in the garage, but there are no longer any firefighters staffing Station 94 in Knightsen, a reality that doesn't sit well with fire chief Hugh Henderson.

"We've gone out to the public. We've looke for additional funding," Henderson said. "The public said, no, so unfortunately, this is reality."

At 8 a.m. Monday, Station 94 in Knightsen closed for good. Another in Brentwood went from a temporary closure, to a permanent one.

The cost-cutting measures come after voters in the district failed to pass an April ballot measure that would have raised $4.2 million annually for five years.

Jerry Sezar owns a hot-rod body shop in Knightsen, just a block down from the now shuttered Station 94.

"We're paying for too much. The taxpayers just can't afford it anymore," Sezar said.

Cecilia Tamayo-Canzani has lived in Knightsen her entire life.

"It's just sad that it had to close cause a lot of people didn't vote on it," she said. "It all stands to money and politics."