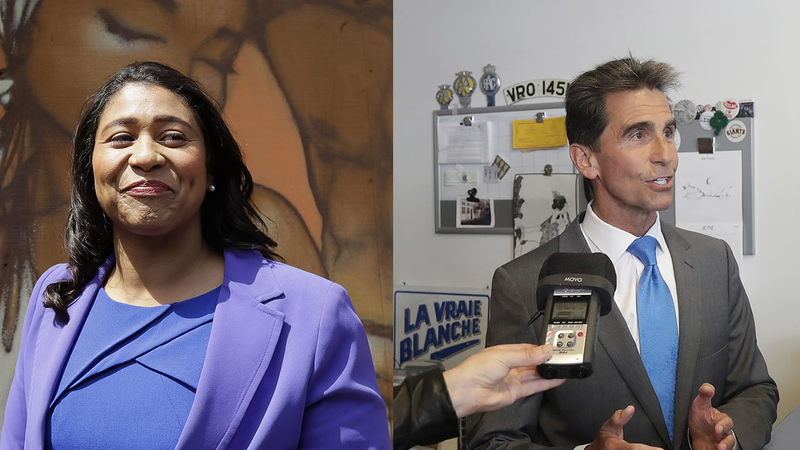 SAN FRANCISCO (KGO) -- The San Francisco mayor's race is still too close to call. Mark Leno is still leading, edging out London Breed by just 144 votes four days after the election. Ballots are still being counted.

The update shows Mark Leno with 50.04 percent of the vote and London Breed is at 49.96 percent.

She led on election night but Leno took over the lead after ranked-choice voters were counted.

Leno has picked up thousands of second-place votes from Jane Kim supporters.