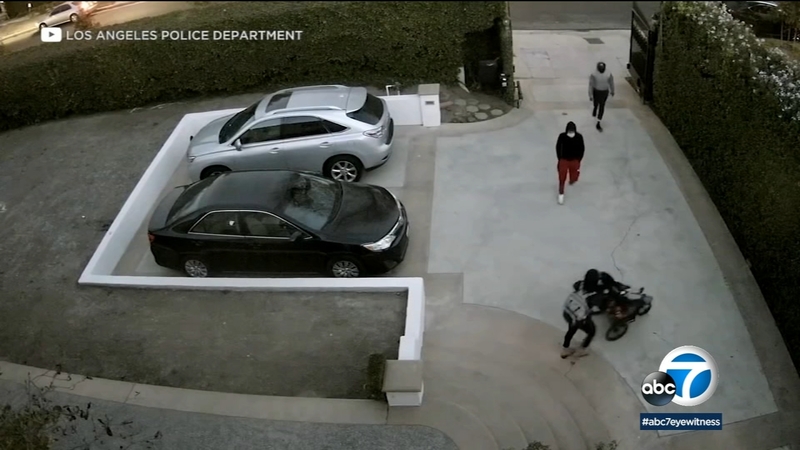 LOS ANGELES -- Los Angeles police released surveillance video of the moment two men cornered and robbed a woman who was with her baby in their home's driveway.

LAPD said the frightening robbery occurred Sunday around 5:10 p.m. when the mother and her infant child were coming back from a walk in LA's Hancock Park neighborhood.

Footage shows the woman opening the gate to her home while the child waited in a stroller right beside her.

Moments later, two men hop out of an idling car across the street to follow the woman and her baby through the open gate and corner them.

According to police, the men left in the waiting car parked nearby after taking a diaper bag and a bottle cooler. The woman and her child were physically unharmed.

The suspect vehicle was described as a silver sedan with tinted windows.

One suspect is described as a man between 20- to 29-years-old, and he was seen wearing a light-colored mask, a black hoodie, red sweat pants with white writing or a logo and white shoes.