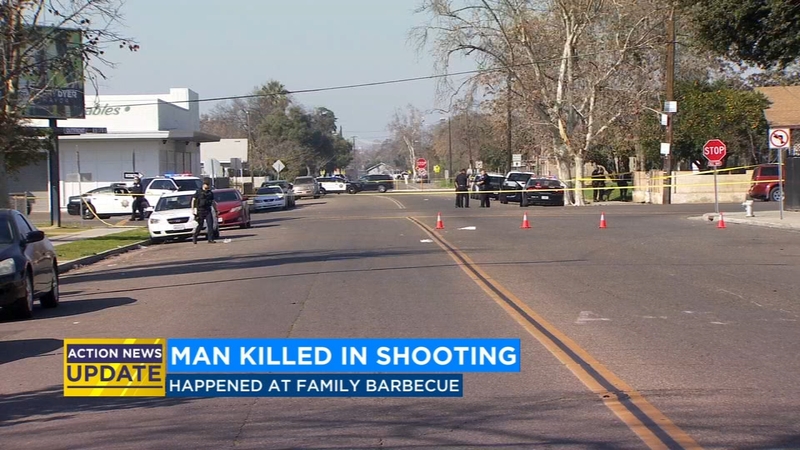 FRESNO, Calif. -- The Fresno County Sheriff's Office has identified the man shot and killed in southwest Fresno over a Super Bowl argument as 24-year-old Frank Rojas.

"There was a disturbance in the front yard of that house, at the corner house, regarding the Super Bowl," says Fresno Poice Lt. Charlie Chamalbide.

That disturbance took place at a home at the corner of Tuolumne and B street.

According to police a man in his 20's was visiting friends and family. They were having a barbecue when a homeless man approached them.

"Preliminary info is that they were rooting for different teams," Chamalbide said.

Things quickly escalated. Police say the suspect pulled a weapon out of his backpack and fired at the man.

"It wasn't a gun, but it was like a makeshift gun, so we are trying to determine what exactly it was," Chamalbide said.

The victim was struck and according to investigators, the suspect tossed the weapon nearby and took off.

He was later arrested just a few blocks away from the scene.

Police say the suspect is a man in his 30's or 40's.
Report a correction or typo
Related topics:
fresnoshooting
Copyright © 2021 KFSN-TV. All Rights Reserved.
More Videos
From CNN Newsource affiliates
TOP STORIES