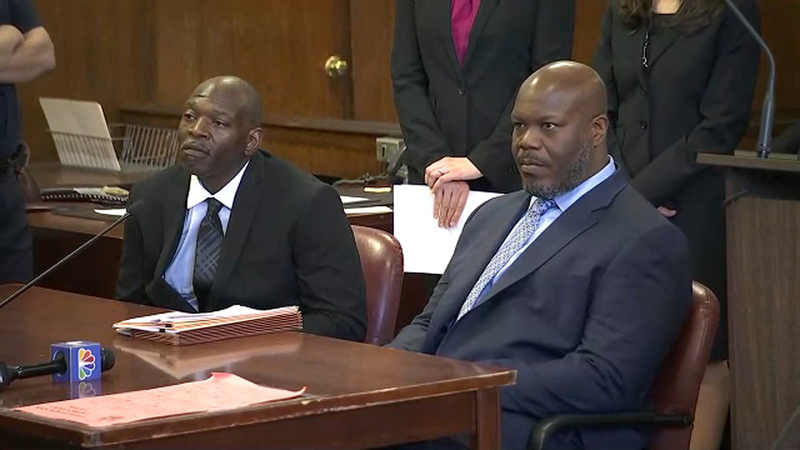 MANHATTAN, N.Y. -- Prosecutors and lawyers filed a motion Monday to vacate the conviction of two men who had been in prison for a 1991 rape after the accuser recanted her story.

It comes after DNA evidence proved the men's innocence.

The men, VanDyke Perry and Gregory Counts, were convicted for rape, sodomy and kidnapping over an incident that was purported to happen in Central Park. The verdict came despite no physical evidence tying them to the scene or their accuser.

"Like a locomotive train that was going full throttle, and they just let it go 17 years," he said in court. "And they know, once it stops, it's going to be a disaster."

Perry said he had to leave New York and move to the West Coast to put the incident behind him.

"This wrongful conviction destroyed my life," Perry said. "I'm free. I'm free. It's a burden lifted off me and my family, especially the suffering that we went through."

The motion was filed following a two-year investigation conducted by the District Attorney's Conviction Integrity Program, Sex Crimes Unit, Office of Appellate Defender (OAD), and in partnership with the Innocence Project.

"It is every prosecutor's nightmare to convict an innocent person," District Attorney Cy Vance said. "This case is a tragedy for all involved. Two New Yorkers were wrongfully deprived of their liberty during the prime of their lives for a crime they did not commit."

The Innocence Project and the OAD requested the use of DNA testing unavailable in the 1990s to retest evidence that had been part of the trial. The DNA actually belonged to a man who died in 2011.

Authorities say the accuser then recanted her story, telling investigators that Perry and Counts are innocent and that the rape "never happened." She said she was forced to lie by her abusive boyfriend.

"We are grateful to the Manhattan District Attorney's Office for working collaboratively with us and moving quickly to restore justice to Mr. Counts and Mr. Perry," said Barry Scheck, co-director of the Innocence Project. "We are hopeful that the Conviction Integrity Unit will make this level of collaboration a standard part of its process moving forward."