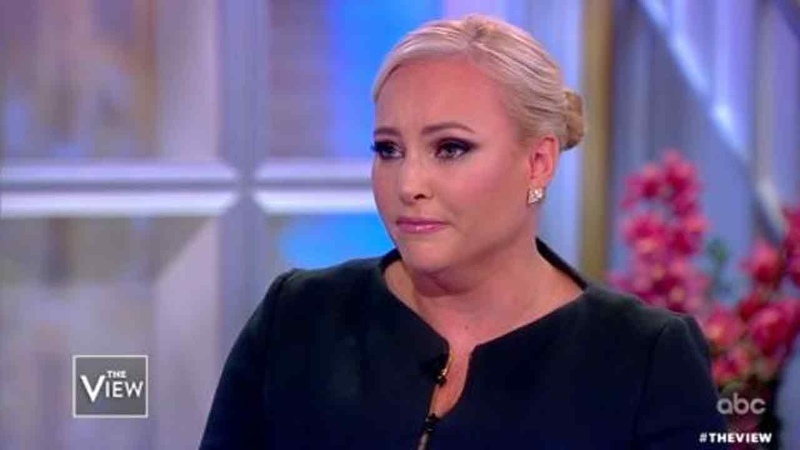 NEW YORK (KGO) -- Meghan McCain is back on "The View" for the first time since the August death of her father, Sen. John McCain.

She made a tearful return Monday, thanking viewers and her colleagues for their support, after receiving a roaring welcome from the audience.

"I have missed all of you so much, thank you so much" said McCain. "I just want to thank ABC and 'The View' for giving me this time. I really want to thank all of America for being so kind to my family."

She said the idealism for America that her father talked about didn't die with him when the former presidential candidate succumbed to brain cancer Aug. 25.

McCain spoke about her father's final farewell, saying he planned his entire funeral.

"I was so honored that he picked me as his daughter. I was the only woman to eulogize him," said McCain.

She also thanked her co-hosts for their support and shared a few thoughts about American values.

"(In) my father's final farewell address he said, 'We are Americans, and we can never surrender,'" she said. "I understand how scared and divided people are. You have to join me in not surrendering because I'm still here fighting and I want all of you to fight with me."

McCain urged viewers not to surrender to the divisiveness that is happening in the country right now.

Somewhat uncharacteristically, McCain stayed out of the first "hot topic" discussion on the talk show Monday, which was about the Senate approval of Supreme Court Justice Brett Kavanaugh.