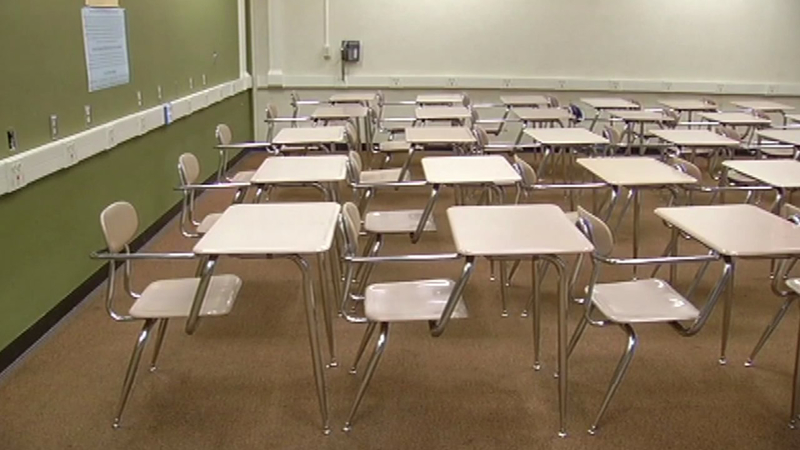 NEWARK, Calif. (KGO) -- Memorial High School in Newark will be the first in the nation to have gunfire detection technology inside and outside the classroom. It may sound a little disturbing to some, but the school district says it's a sign of our times.

Events like the Sandy Hook Elementary massacre and the Columbine shootings both took officers valuable time to figure out the exact location of the shooters.

That's not expected to happen at Memorial High school now that a new ShotSpotter system has been installed throughout the campus.

"When the system identifies gunshots, within 60 seconds the information is sent directly to the officers to know where to go," said Newark Police Commander Mike Carroll.

If shots are fired, the sound triggers a sensor.

"That information is sent to our machine-based-classifier to make sure that it is indeed gunfire," said Damaune Journey with ShotSpotter.

Law enforcement will be able to trace the the location of a gun shot on a map like this. (KGO-TV)

An alert is then sent out to police. Within seconds the GPS shows where the shots came from.

Newark Unified School District decided to be the first in the nation with this system because they wanted to be able to cover 25 buildings on 40 acres quickly and effectively.

"We have a campus that it might take 20 minutes to get through the building or to get from one end to the other and you will have 2,100 people running and they won't know where," explained Dave Marken with the school district.

The school district would not reveal how much they are paying for the system, but Marken says, "It's a price that is well worth our expenditure as part of our holistic safety plan."