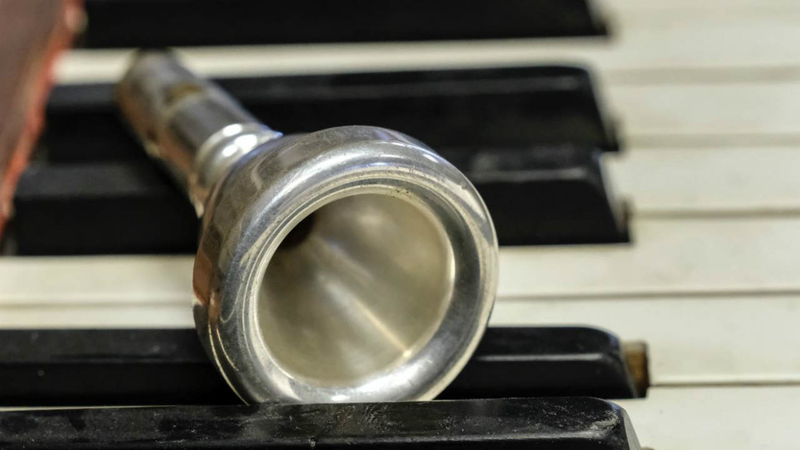 SAN FRANCISCO (KGO) -- An environmental group is suing the makers and sellers of brass musical mouthpieces. The Center for Environmental Health says it's another step in its goal to rid the environment of lead, but the move is getting mixed reviews among musicians.

RELATED: Lead found in more than half of San Francisco's public schools

His environmental non-profit has tested mouthpieces of trumpets, trombones, and other brass instruments, and found the presence of lead. He wants change.

"We know they can make brass mouthpieces without the lead," said Green. "They already do so on the mouthpieces for drinking water from fountains."

The lawsuit names 12 companies and two retailers. It wants them to get the lead out and warn customers of health risks. It is not playing well inside the industry. "People have been manufacturing played these mouthpieces for centuries," noted Chris Leaf, who manages Union Music in San Francisco. They're one of the companies named in the suit, along with The Guitar Center. "I don't think it merits a lawsuit," said Leaf. "According to manufacturers, 2-8 percent is lead-free. They have a coating of silver. There is no contact with the alloy." The CEH disagrees. Their testing simulated the effects of saliva, and indicate that lead leaked. "We're talking about micrograms of lead," said researcher Caroline Cox. "That amount can be a problem.

All of this came as news to Dr. Greg Johnson, who runs the Jazz Program at Marin School of the Arts. This is new territory. "I personally don't think it is a health issue but if there is hard science behind it, I would like to look at it," he said. Some of Dr. Johnson's students practice 4-6 hours a day. Many musicians do that every day during their lifetimes.

The Center for Environmental Health worries about cumulative exposure. "Any additional source we can prevent, we want to prevent," said Green. "I have played with tons of musicians who have been playing 60-70 years who have never had a problem," said Dr. Johnson. "It would be interesting to see if people get sick. I have never heard of it."

Musicians not so sure about lead poisoning from mouthpieces. "I know some who've played 60-70 years," said Dr. Greg Johnson at Marin School of the Arts. Wants to see the science. "It's ridiculous," said a retailer. @ceh4health has done the testing. #abc7now Wants changes. pic.twitter.com/0Eh8Aucz9P