As the San Bernardino shooting continues to generate a lot of backlash and prejudice against Muslims, one mystery Muslim woman is being remembered for her act of kindness at a Specialty's in Santa Clara.

SANTA CLARA, Calif. (KGO) -- The San Bernardino shooting is generating a lot of backlash, including prejudice against Muslims. One South Bay woman is trying to do something about this, starting with a cup of coffee.

A prayer vigil was held Tuesday night for the victims of the attack at a mosque in Milpitas. ABC7 News was invited because the people there want to dispel misunderstandings about Muslims and Islam. It's something a mystery woman is also doing with an act of kindness.

A young woman wearing a head scarf sent a message at a Santa Clara Specialty's.

"Nobody was in line, she was just wondering if she could pay for the next person coming up," said Richofsky.

According to Guerrero, the woman said, "I really want people to know that we're not all bad people."

A tearful Guerrero tells ABC7 News, "I had all sorts of emotions. I grabbed her hand and I said, 'I know you're not.'"

Guerrero is Catholic, her husband is Muslim.

She doesn't know the mystery woman's name, but says the story is about her and others.

"She is just one of the many Muslim women out there right now in Silicon Valley who are being pointed at," said Guerrero.

Particularly following the San Bernardino shooting, where Tashfeen Malik was identified as one of the killers.

Sameena Usman with the Council on American-Islamic Relations, also known as CAIR, says there's been an increase in threats against Muslim women who wear a head scarf.

"Another friend, she reported that somebody had brandished a gun while she was driving," said Usman. "So yes, there is this fear. This is in the Bay Area."

Some 250,000 Muslims live in the Bay Area, mainly in Alameda and Santa Clara counties.

"This is xenophobia and racism plain and simple and I'm happy that finally the Republican leadership has come out and denounced these statements," said Usman.

But perhaps more powerful than yet another politician speaking, a statement made at a local coffee shop.

"At the end of the day you and I, regardless of our religious differences and of our cultural heritage, we are humans and we feel," said Guerrero.

And some feel acts of kindness will overcome hateful rhetoric.

Click here for full coverage on the deadly attack in San Bernardino. 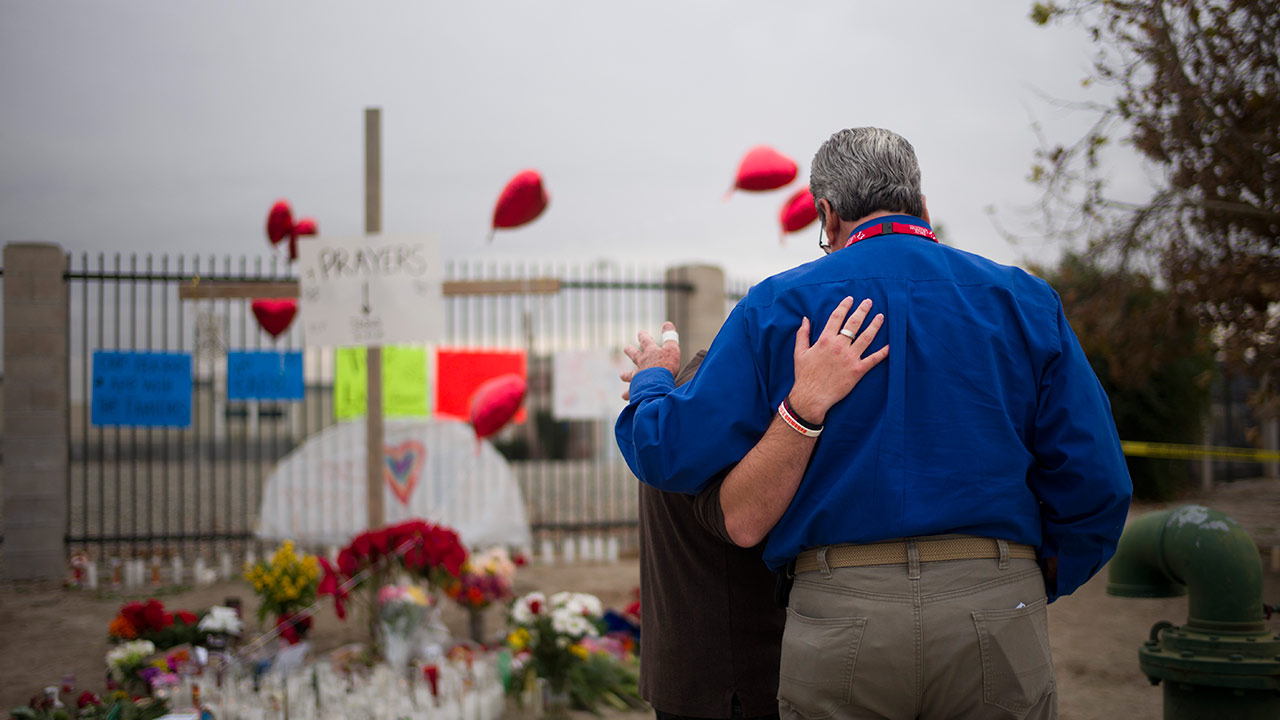