KGO
BARCELONETTE, France -- A Germanwings passenger plane crashed in the French Alps Tuesday, killing all 150 people on board. At least three Americans were on board the plane. The State Department announced that two of those killed in crash were Yvonne Selke and her daughter Emily.

The victims also included two babies, two opera singers and 16 German high school students and their teachers returning from an exchange trip to Spain. It was the deadliest crash in France in decades. 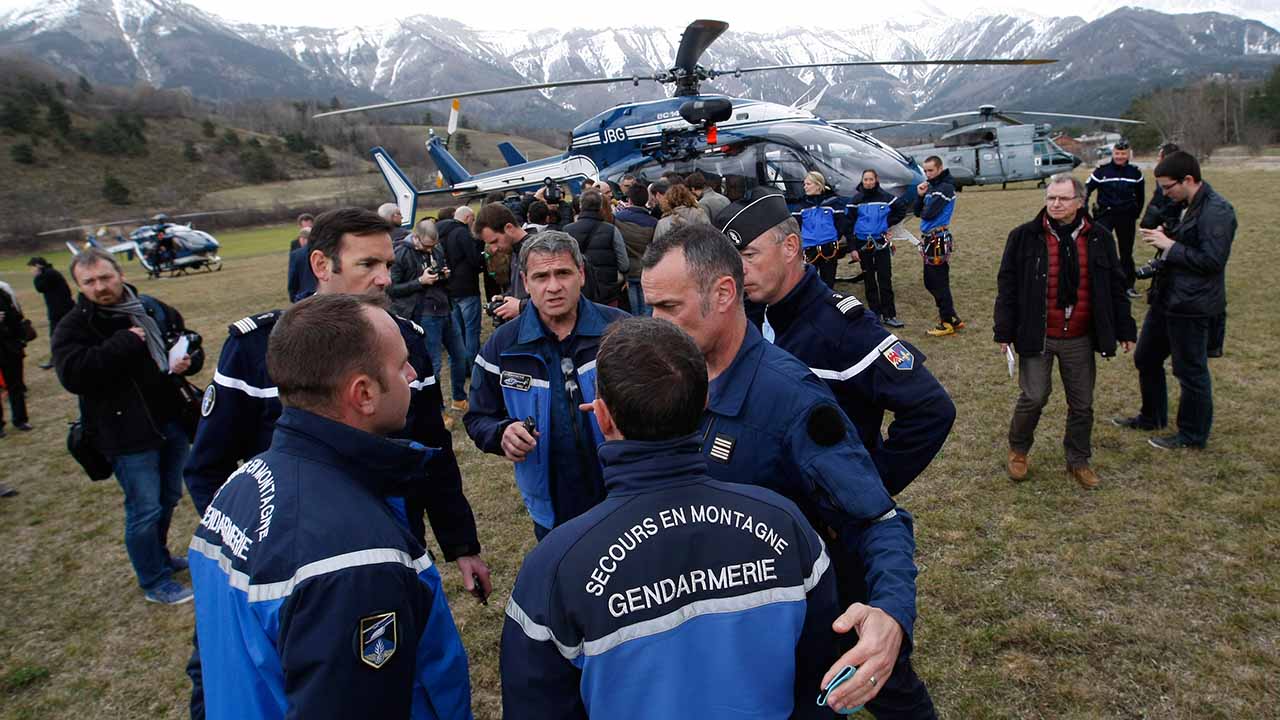 PHOTOS: Airbus A320 crashes in southern France, at least 148 people on board
An Airbus crashed Tuesday in the Alps region of France with at least 148 on board. There are likely no survivors.

Photos of the crash site showed scattered black flecks across a mountain and several larger airplane body sections with windows, five in one chunk and four in another. French officials said a helicopter crew that landed briefly in the area saw no signs of life.

"Everything is pulverized. The largest pieces of debris are the size of a small car. No one can access the site from the ground," Gilbert Sauvan, president of the general council, Alpes-de-Haute-Provence, told The Associated Press.

The plane crashed at an altitude of about 2,000 meters (6,550 feet) at Meolans-Revels, near the popular ski resort of Pra Loup. The site is 700 kilometers (430 miles) south-southeast of Paris.

"It was a deafening noise. I thought it was an avalanche, although it sounded slightly different. It was short noise and lasted just a few seconds," Sandrine Boisse, the president of the Pra Loup tourism office, told The Associated Press.

The Germanwings Airbus A320 plane was flying from Barcelona to Dusseldorf.

The Germanwings Airbus A320 plane left Barcelona at 9:55 a.m. A spokesman for the French Civil Aviation authority says said the plane lost radio contact at 10:30 a.m. Tuesday without ever sending a distress signal. Eric Heraud said it was the combination of loss of radio contract with control and the plane's descent which prompted the control service to declare a distress.

The crash site was at Meolans-Revels, near the popular ski resort of Pra Loup, according to Eric Ciotti, the head of the regional council in southeast France.

There was no obvious reason why the plane went down. There is no indication it was an act of terrorism, the U.S. National Security Council spokeswoman said.

The German Federal Bureau of Aircraft Accident Investigation said it was sending three people to France to join the investigation. French Interior Minister Bernard Cazeneuve, the country's top security official, and the German ambassador in Paris were among those headed to the crash site.

German Chancellor Angela Merkel urged reporters not to speculate on the cause.

"We still don't know much beyond the bare information on the flight, and there should be no speculation on the cause of the crash," she said in Berlin. "All that will be investigated thoroughly."

Capt. Benoit Zeisser of the Digne-le-Bains police said there were some clouds in the region but the cloud ceiling was not low and there did not appear to be turbulence.

Lufthansa Vice President Heike Birlenbach told reporters in Barcelona that for now "we say it is an accident."

The A320 plane is a workhorse of modern aviation. Similar to the Boeing 737, the single-aisle, twin-engine jet is used to connect cities that are between one and five hours apart. Worldwide, 3,606 A320s are in operation, according to Airbus.

Germanwings is a lower-cost unit of Lufthansa, Germany's biggest airline. It has been operating since 2002 and serves mainly European destinations. Aviation accident databases such as aviation-safety.net showed no fatalities since the carrier was founded in 2002. Lufthansa has not recorded a passenger fatality since 1993.

Germanwings CEO Thomas Winkelmann said the pilot, whom he did not name, had more than 10 years' experience working for Germanwings and its parent airline Lufthansa.

The victims: What we know

There were 150 people on board, the airline said, including two babies. There were also 16 German high school students on board who had been returning from a weeklong exchange in Spain, the Spanish high school where they studied told the Associated Press.

At least three Americans were on board the plane, U.S. State Department spokesperson Jen Psaki confirmed.

In addition, there were 72 Germans, 35 Spanish and two victims each from Australia, Argentina, Iran and Venezuela. One victim each came from Britain, the Netherlands, Colombia, Mexico, Japan, Denmark, Belgium and Israel, Germanwings CEO Thomas Winkelmann said.

The list is not yet finalized. There may be some cases of dual citizenship, Winkelmann said, so some passengers' nationalities are not yet clear. The company is still trying to contact relatives of 27 victims.

San Jose, the Spanish airport authority spokesman, said his agency was working with Germanwings to reach out to relatives of the victims. They will have the option of flying to the staging area of the crash site for free.

After being flown over the crash scene and briefed by French authorities, German Foreign Minister Frank-Walter Steinmeier said: "The grief of the families and friends is immeasurable. We must now stand together. We are united in our great grief."

Hollande called the crash "a tragedy on our soil."

Later he spoke with German Chancellor Angela Merkel to express his condolences. Her spokesman said Merkel was "deeply shocked" by the crash and cancelled all other appointments for the day.

Obama called the tragedy a "terrible airplane crash" in a video statement posted to social media:

The Vatican released a statement in French on behalf of the Pope. Translated, it reads:

"After learning the tragic accident that happened in the Digne region, with many victims, including children, Pope Francis joins families in their grieving and shows them he is there to support them, even if he is far. He prays that those died can rest in peace, for God to greet them in his light. He would like to express his deepest sympathy to those affected as well to the rescuers who are operating in these difficult conditions." 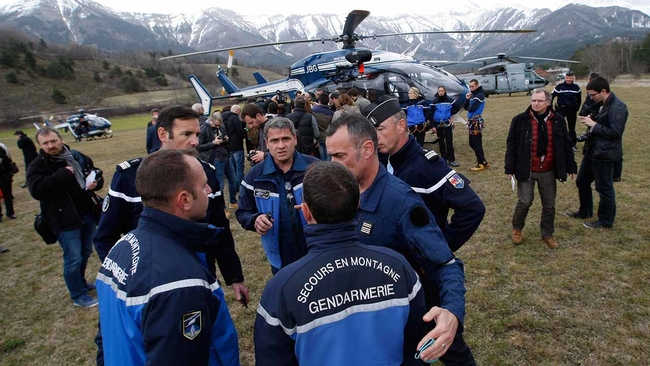