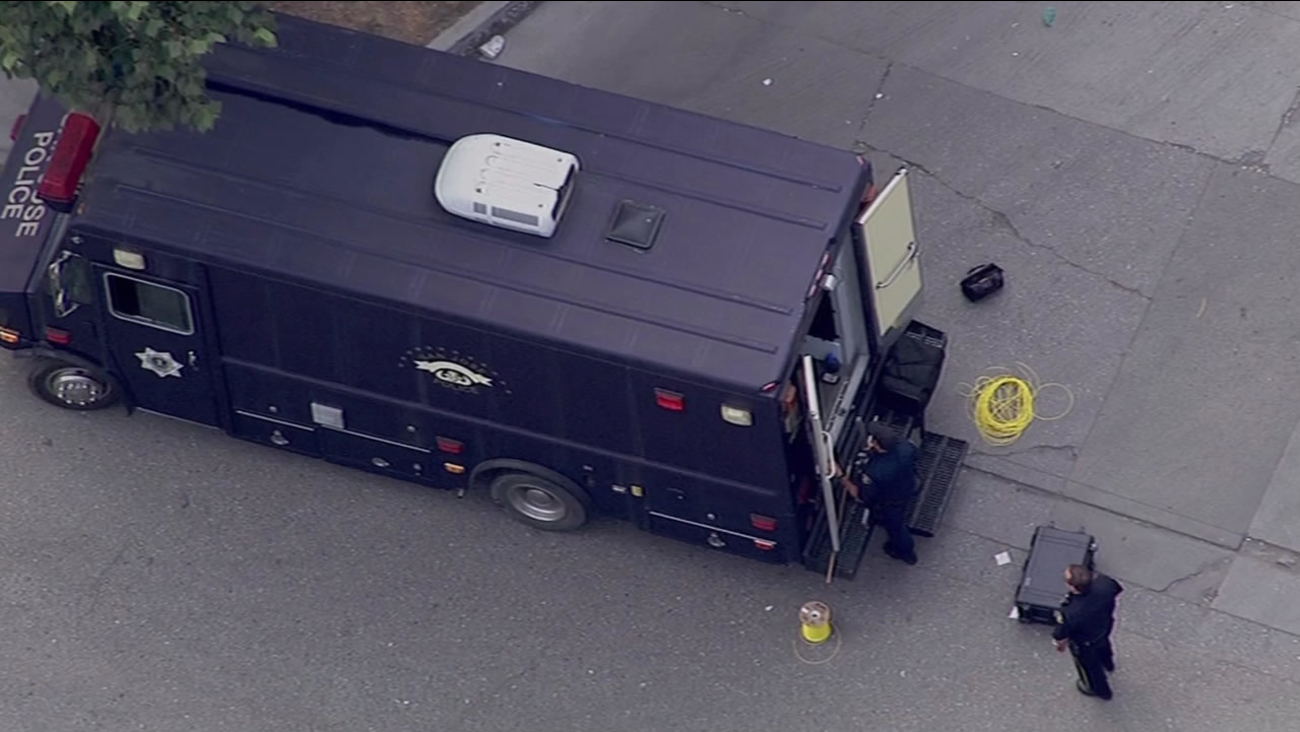 KGO
SAN JOSE, Calif. -- The San Jose Police Department's bomb squad has responded this afternoon to a suspicious device found at a recycling facility in the northern part of the city, a police spokesman said.

The device was reported at 2:04 p.m. at the California Waste Solutions facility in the 1000 block of Timothy Drive, San Jose police spokesman Officer Albert Morales said.

Employees at the facility said recyclable materials that were picked up last week were being processed on a conveyor belt today when a worker noticed something they suspected was an explosive device, Morales said.

A bomb technician from the San Jose Police Department responded and determined it was possibly an explosive device, prompting the response of the full bomb squad, Morales said.

After close inspection, the bomb squad moved the device to their van, detonated the device and cleared the scene.

Police were evacuating people from the area around the recycling facility, which is in an industrial area of the city, Morales said.

Officials are working to determine exactly what the device was.