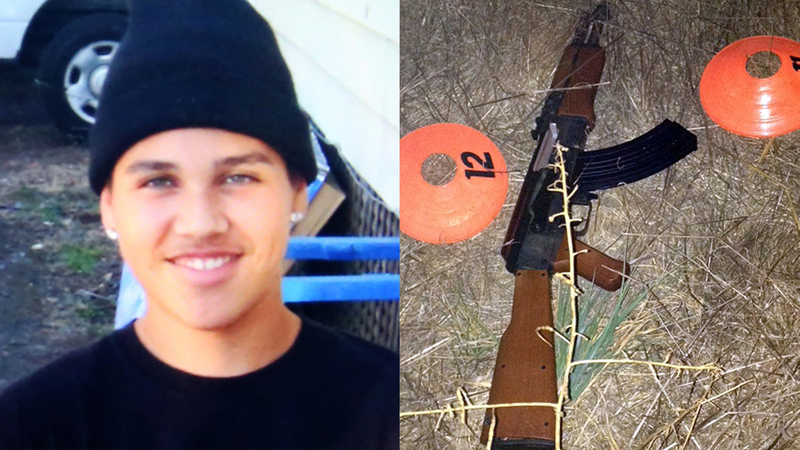 Sonoma County District Attorney Jill Ravitch said investigators concluded Deputy Erick Gelhaus was responding to what he reasonably believed was an imminent threat of death when he fired his weapon. Andy was carrying a replica AK-47 rifle when he was shot seven times by Gelhaus.

"Given his training and experience, he believed honestly and reasonably that he was faced with a do or die dilemma," Ravitch said.

Based on a lack of charges in previous cases, Sonoma County's angry and outraged Latino community was somewhat resigned to this decision, but it was not the one they wanted. Since the shooting, Andy has become much more than an innocent victim; he's now a symbol of a distrustful disconnect between the community and local law enforcement.

"What our DA is literally letting these cops get away with murder," activist Nicole Guerra said. "He is a 13-year-old child that was not threatening anybody, not doing anything wrong."

In explaining her decision, Ravitch cited multiple witnesses, and even video of the incident from a cellphone.

"What I can say is that this is a painful, painful chapter in the history of Sonoma County," she said. "I think that people have to understand that I had to set aside the pain and look at it from a professional viewpoint. That is what I endeavored to do."

She noted that Gelhaus and his partner had not responded to any direct complaint. They just saw Andy, called out for him to drop the rifle. When he turned, Ravitch said Andy raised the toy gun, causing the deputies to fire. It all happened in a matter of seconds.

After the DA's decision was announced Monday, protesters gathered in Santa Rosa to express their outrage. Carrying signs calling for justice, the crowd marched to the location where Andy was shot, which is now commonly referred to as "Andy Lopez Park."

There are plans to have a mass protest outside the district attorney's office Tuesday afternoon.