KGO
By by Cornell Barnard
SAN FRANCISCO (KGO) -- There are lots of security questions in the wake of a brazen stunt by two Wisconsin teens who climbed to the top of the Golden Gate Bridge's north tower last month, undetected by bridge security.

The heart-stopping, stomach-churning stunt was posted on social media and shows high school boys climbing the west cable without safety gear, doing somersaults and backflips on top of the tower.

Peter Teatime, 18, says he and a buddy were visiting for Spring Break last month and on a whim the pair decided to make the climb at 3 a.m. gaining access to the main cable, walking up without safety gear.

ABC7 News spoke to him via FaceTime. "They're steep, said TeaTime. "Had to hold on with one hand cause I had a camera in one hand."

When they reached the top the boys did somersaults, even hanged off the north tower, feet dangling -- completely undetected by bridge security.

"That's scary stuff," said former FBI agent Rick Smith when ABC7 News showed him the video. "It's a wake-up call -- it allows you to look over the entire security plan for the bridge."

"I want to assure you the bridge is safe," said Lisa Locati, the Golden Gate Bridge captain.

Bridge District General Manager Denis Mulligan says the boys got on the bridge's cables without being caught because "where they were and what they were engaged in didn't trigger the alarms."

Teatime, not revealing many details on how he and his friend pulled the stunt off, is now offering his services as a security "consultant."

"If their security wants to talk to me about beefing up security, I'd be happy to have a conversation with them.

The two daredevils, now back home in Milwaukee, could face misdemeanor trespassing charges. 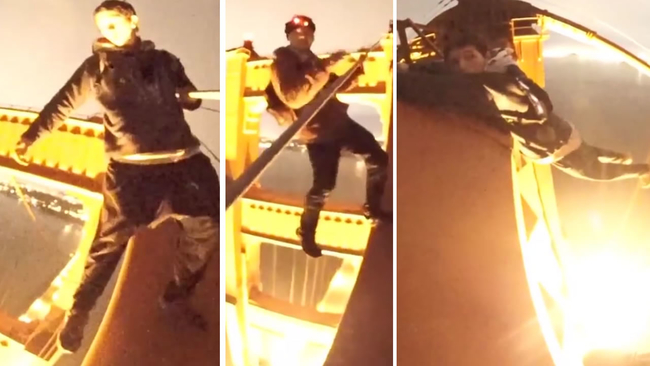 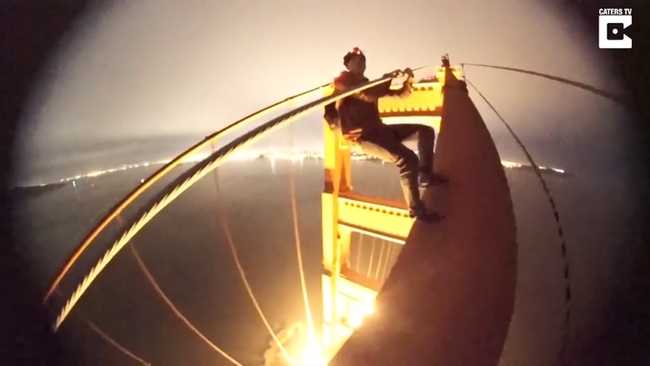 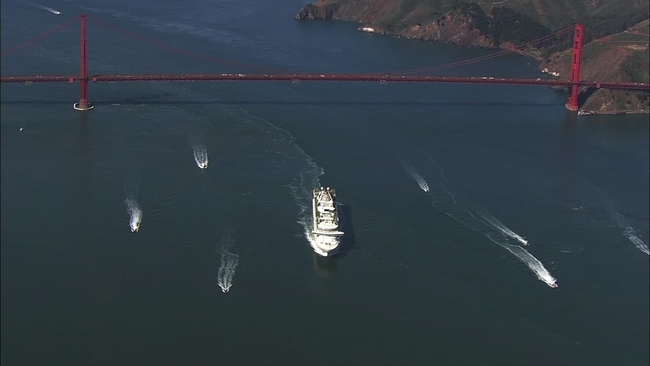