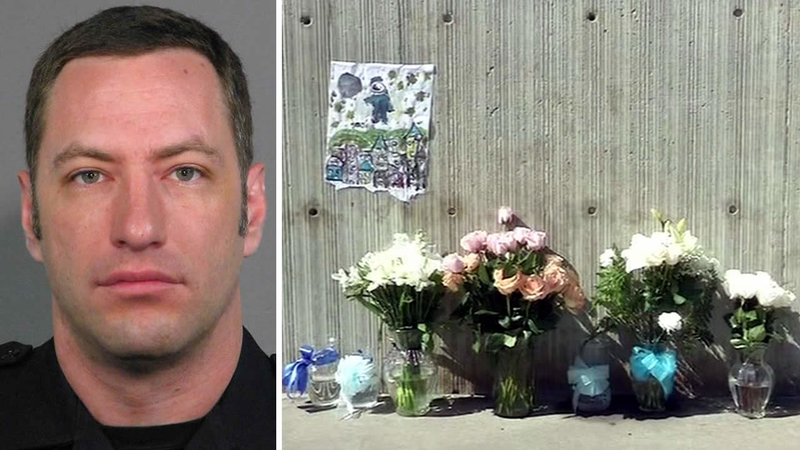 SAN JOSE, Calif. (KGO) -- The family of fallen Officer Michael Johnson is dealing with unimaginable grief after the veteran San Jose cop was shot and killed Tuesday night. His wife and father are in seclusion. But friends and colleagues tell ABC7 News that the 38-year-old had the perfect skills to be a police officer and he touched many lives in his 14 years working patrol.

The outpouring on social media has been overwhelmingly supportive of an officer most had probably never met. Others brought flowers to police headquarters to express their sorrow and respect.

Police say Johnson was shot and killed by 57-year-old Scott Dunham at an apartment on Senter Road.

"When a police officer is killed in the line of duty, it really is a loss for everyone in the community," said Santa Clara County District Attorney Jeff Rosen.

Rosen said Johnson testified in cases he and others were prosecuting he says the veteran officer was always prepared.

Johnson also had a lot of friends who cared deeply for him. Frank Santiago was one of them, who worried when he heard about the shooting on Senter Road.

"He was an even keel, respectful, hard-working officer," he said. "You'd ask him to do any assignment, and it'd get done."

But even more important, Johnson had the personality and a way of communicating that helped in police work.

"Mike was so easy going and just, even his mannerisms and how he spoke, that it was easy for people on the street to connect to him and be able to open up and talk to him because he was an easy guy to talk to," Kelly said.

Michael Johnson will now become the 12th officer to have his photo added to the memorial wall at San Jose police.