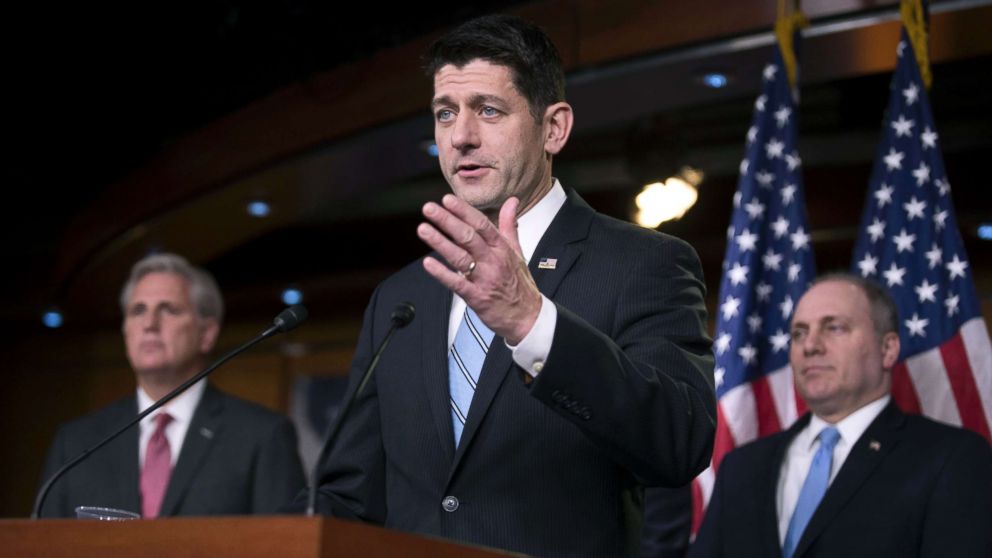 The proposal, called the Tax Cuts and Jobs Act, would add $1.4 trillion to the federal deficit over the next 10 years, while decreasing the number of tax brackets and deductions, and slashing the corporate tax rate to 20 percent, if it eventually becomes law.

House GOP leaders expected roughly a dozen Republicans to vote against the bill. At least nine Republicans from high-tax states like New York and New Jersey came out against the measure ahead of the vote over concerns about the elimination of state and local tax deductions.

The final tally included 13 Republicans voting in opposition, including 12 from New York, New Jersey or California; Rep. Walter Jones, R-N.C., was the other GOP "nay" vote. The bill passed 227-205.

Many Republicans believe they need to pass tax reform to deliver on a campaign promise to supporters ahead of the midterms. But opponents of the House bill, including Rep. Peter King, R-New York, worry that the state and local tax deduction changes could hurt Republicans with some suburban voters.

"Basically, we're on defense on an issue we should be on offense on," King said in an interview Thursday. "It doesn't help, put it that way."

Complicating the bill's ultimate success are attempts to align it with the Senate's version of the plan. Though not yet set for a vote, the Senate bill faces its own concerns from a few GOP senators, and on Wednesday, Sen. Ron Johnson, R-Wis., became the first Republican in that chamber to express his outright opposition.

Senate Republicans plan to include a repeal of the Affordable Care Act's individual mandate within their version, resulting in more than $300 billion in government savings as medical coverage subsidization waned. According to the nonpartisan Joint Committee on Taxation, after an initial across-the-board tax cut by 2019, the Senate bill would raise income taxes by 2027 on the estimated 120 million taxpayers earning less than $75,000 while cuts continued for six-figure-earners.

The White House applauded the House's action on the bill Thursday afternoon, releasing a statement in which it cited the benefits the reforms would provide to middle-class families and U.S. companies.

"A simple, fair, and competitive tax code will be rocket fuel for our economy, and it's within our reach," the statement read. "Now is the time to deliver."

Republicans will eventually have to reconcile any differences between House and Senate tax bills in a conference committee before voting on a final measure. Some Republicans with concerns about the current House bill voted for it today hoping their concerns will be ironed out in conference.

"There's probably the lion share of those Freedom Caucus guys that believe that there's still a whole lot of work to be done,' Rep. Mark Meadows, R-North Carolina, chairman of the House Freedom Caucus, told reporters after the vote. "It's not like this is the final product, but because of the inclusive debate they were willing to let this go forward."

President Donald Trump visited the Capitol Thursday morning and spoke with the House Republican Conference ahead of the vote.

"I love you. go vote," he told the group after a short meeting, according to a source in the room for the meeting.