KGO
SAN JOSE, Calif. (KGO) -- In Santa Clara, friends and family came together Friday to pray for the couple who police say were murdered by their own children.

A service took place at the Muslim Community Association Mosque for Shamima Rabbi and her husband Golam.

Newly released court documents reveal what the couple's children did after their murder.

The brothers left the house to go to a cartoon and comic convention. They originally said their parents were alive when they left, but court documents tell a different story. They pleaded not guilty Friday.

Only 22-year-old Hasib Golamrabbi appeared in front of the cameras in the courtroom. His brother, 17-year-old Omar Golamrabbi, was kept hidden in a hallway, although he is being charged as an adult.

"Both of them were charged with two counts of murder and a special circumstance allegation of double murder," said Santa Clara County deputy district attorney.

According to the charging documents, the brothers went to an anime convention in Oakland Saturday. Police say their parents were shot to death that morning.

In mirandized recorded statement Hasib said he shot/killed father bc stranger assaulted him/told him to do that; said someone else shot mom

After they were arrested Wednesday, the brothers told investigators two different stories.

Hasib admitted he shot his father multiple times in the garage. Twelve times, according to the district attorney. Hasib said a stranger in the house assaulted him and made him do it. Hasib said the stranger was the one who shot his mother.

Omar told investigators his older brother committed both murders and that before they left for the anime convention Hasib told him to check the garage door "to make sure that blood was not seeping out."

When police found the bodies of Golam and Shamima Rabbi Sunday in their home on Lucas Court, they say there were messages written on the walls. One read, "Sorry, my first kill was clumsy."

The court documents reveal there were two different handwriting styles. Investigators compared the messages with notebooks found in the brothers' bedrooms and found characteristics consistent with the younger brother's writing.

Hasib and Omar are being held without bail.

Younger son Omar in mirandized statement said Hasib shot/killed both parents. Says he checked to make sure blood not seeping from garage 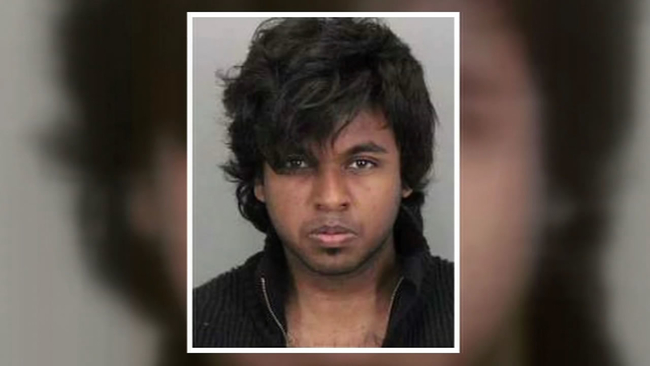 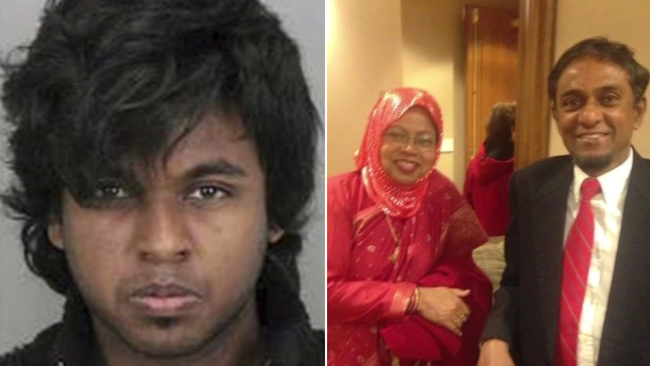 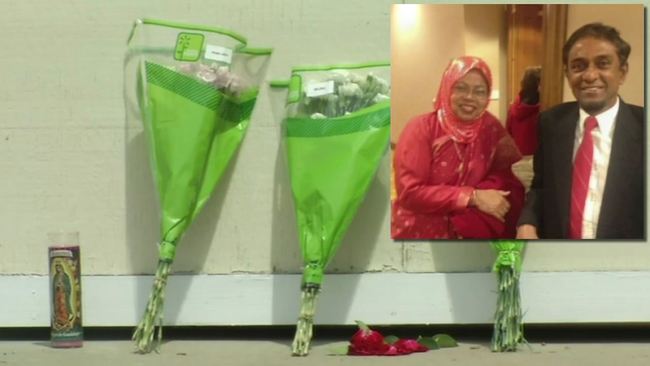 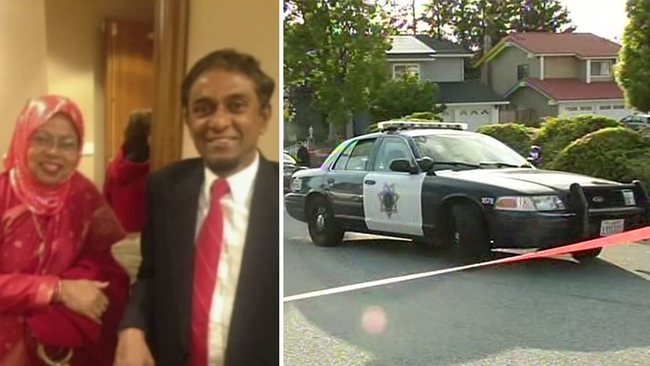