Oakland to pay $4.5M to man in protest beating 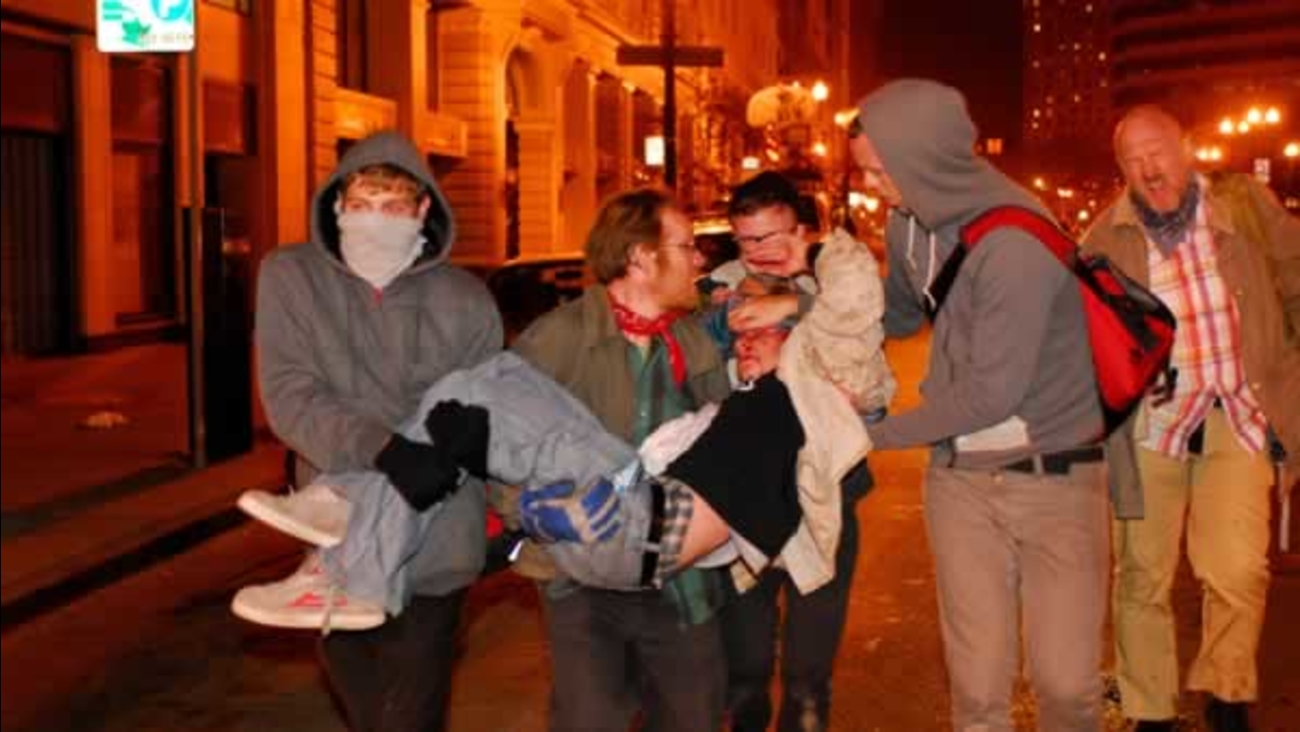 OAKLAND, Calif. (KGO) -- A war veteran who was hurt during an Occupy Oakland protest says it was no accident. Scott Olsen's lawyer says it was a beanbag fired by police -- not a wayward tear gas canister -- that fractured Olsen's skull. The lawyer says that proves intent.

Attorneys for Scott Olsen say the 26-year-old has permanent brain damage. Video taken the night of the protest, nearly three years ago shows Olsen bleeding and being carried to safety by fellow demonstrators.

Former Oakland Chief Howard Jordan confirmed it was one of his officers who fired a bean bag at Olsen, during a violent clash with police on October 2011. This morning's multi-million dollar settlement announcement by Olsen's attorneys is the result of a federal civil rights lawsuit against the city.