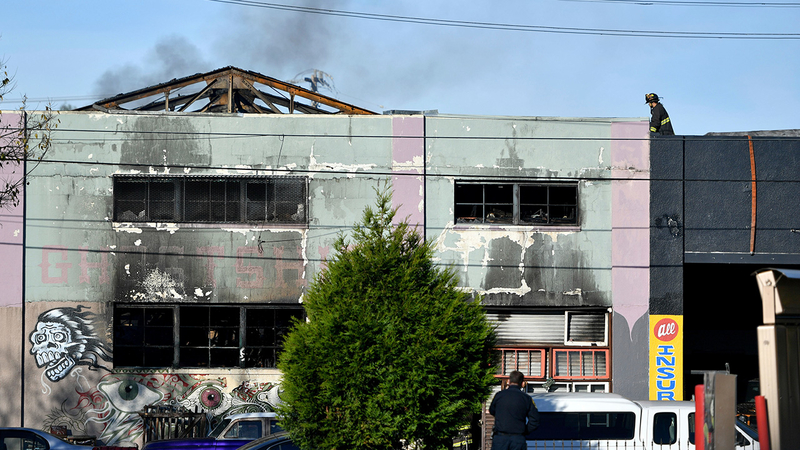 OAKLAND, Calif. (KGO) -- New documents released by the city of Oakland reveal just how many times city officials, inspectors, police and fire officials were inside the Ghost Ship warehouse long before the deadly fire that claimed 36 lives last December.

The documents show that several city agencies, including the police department visited the Ghost Ship warehouse dozens of times in the months and years leading up to last December's deadly fire.

Between 2007 and December of 2016, OPD officers responded to 35 calls for service to the three addresses directly associated with the warehouse.

Officers went inside the building - which was being used illegally for housing - on about a dozen occasions. Among the crimes investigated were a stabbing, assaults, burglaries, thefts, and narcotics-related crimes.


In March of 2015 officers even responded to a report of a rave - an illegal party at the Ghost Ship where drugs were reportedly being sold, but there were no arrests or citations.

In a statement with the document release, Oakland Mayor Libby Schaaf said, "I strongly believe that sunshine helps light the path forward. Our impacted community deserves to know all the facts about this tragedy."