KGO
By by Melanie Woodrow
OAKLAND, Calif. (KGO) -- There could be far-reaching fallout from one of the scandals that's causing all so much turmoil at the Oakland Police Department. This one involves the homicide detective accused of giving his mistress access to confidential files so she could write his police reports. All of those criminal cases are now in jeopardy. The first challenge goes before a judge Wednesday.

The key question here is whether or not that lead Oakland police homicide investigator compromised key evidence in the case or dozens of other cases he handled.

According to our partners at the East Bay Times, Sergeant Mike Gantt is currently on administrative leave. He allegedly gave his girlfriend case files so she could type up his reports.

Information she posted to social media and shared with Oakland Police Department after she found out Gantt was married.

One of those case files involved evidence connected to the 2013 shooting death of 66-year-old Judy Salamon, a well-known Oakland dog walker.

Stephon Lee and Mario Floyd are charged with killing Salamon after she used her cellphone to take video of the men allegedly committing a crime in her Maxwell Park neighborhood.

Now, Floyd's attorney could ask for the case to be dismissed.

"It'll allow the defense to say in any given case that the chain of custody has been tampered with, that you can't trust the evidence, and that's a pretty serious thing," he said.

ABC7 News was not able to reach Lee's attorney.

Floyd's attorney says she will carefully examining testimony Gantt gave at a preliminary hearing in the dog walker case. She says Gantt may have testified about police reports that he shared with his mistress or that he had her write.
Related topics:
oaklandcourthomicide investigationopdhomicidecourt casepolice
Copyright © 2020 KGO-TV. All Rights Reserved.
RELATED 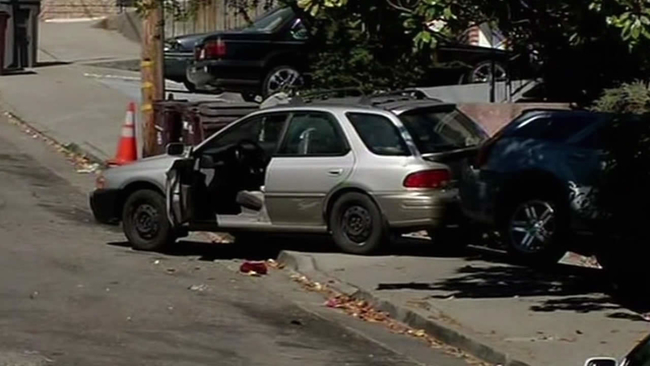 2 arrested for murder of pet sitter in East Oakland
OPD