KGO
By Cornell Barnard
SAN FRANCISCO (KGO) -- A San Francisco man is back home with his family Tuesday after surviving a terrifying journey out of Yemen.

Mokhtar Alkhanshali is back on United States soil after a journey which nearly cost him his life, but now he worries about the American friends he left behind.

"I'm happy to be back, I forced myself to come back to see my family," said Alkhanshali. "I'm saddened by the way I came back."

Alkhanshali arrived at SFO, the final leg of his trek to escape the war-torn nation of Yemen, a country under siege.

"It's just getting worse each day," he said.

The 26-year-old San Franciscan was in Yemen working on a project with coffee farmers, helping them, improve their trade skills.

When Saudi led airstrikes began, he knew getting out would be nearly impossible.

"The first night they bombed the civilian airport in Sana'a, and so they implemented a no fly zone, stopped any naval activity so we were trapped in Yemen," he said."

"Bombs don't care who you are. They are indiscriminate, and for that matter I was really worried about him," Sarinelli said.

Alkhanshali tried several times to escape. He Skyped with ABC7 News last week after he was taken prisoner by an armed militia group.

"They assumed I was a Houthi rebel," he said. "They literally yanked me out of my car, blindfolded me and my two friends and threw us in a truck"

His friends were released and over the weekend, he took desperate measures. He traveled from Sana'a to Aden, then into Africa and on to Amsterdam before flying back to SFO. He rode with a fisherman across the Red Sea.

Alkhanshali says he got no help from the U.S. State Department, which closed its embassy in Yemen in February.

"Yemni Americans have been abandoned in Yemen. Thousands who want to get out," he said.

The Bay Area Council on American Islamic Relations says hundreds of Americans are still trapped. "We're also hearing from people without Internet who are saying 'I don't know how to reach anyone my Internet is so sporadic I can't do anything.'"

Alkhanshali said he plans to spend time with family and may take a deep breath to enjoy being home.

The state department said has no plans to evacuate American citizens from Yemen. It advises those to leave if they can, but those who remain should use caution and avoid travel unless it's necessary.

In related news, the United Nations may be asked to take action on Yemen. The latest proposal being circulated is a resolution to condemn the aggression, and impose an arms embargo on the Houthi rebels.
Related topics:
san francisco international airportbombingentrepreneurshiptravelsmall businessbomb threatyemencoffee
Copyright © 2021 KGO-TV. All Rights Reserved.
RELATED 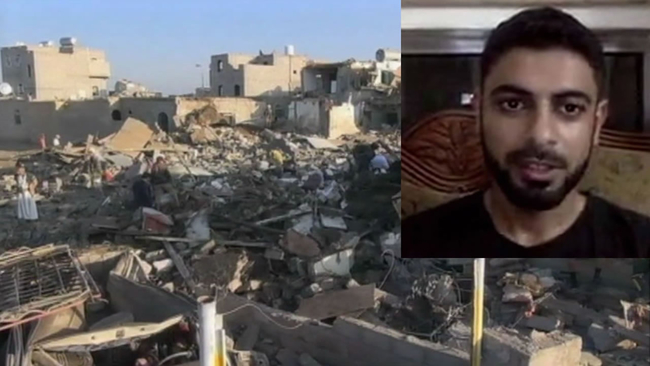