KGO
SAN LEANDRO, Calif. (KGO) -- San Leandro police are asking for the public's help in capturing a man who has tried to kidnap at least two women in the last month.

The first attack happened on the morning of July 28 on the 14700 block of Washington Avenue.

The victim was approached by a man driving a car

"He immediately pepper sprayed her. She got overwhelmed, fell to the ground. He grabbed her by the ankle. He dragged her down the sidewalk," said San Leandro Police Lt. Robert McManus.

She was saved by Good Samaritan, Yung Sung Leal.

"I just ran and I got them loose and made sure she was free and ok," said Leal.

The driver sped away in his car, described as a 2014 Nissan Sentra SR Edition.

The suspect is described as an African American male with a goatee and glasses, about five feet, ten inches tall.

A second woman told police after she saw media reports that she, too, was approached by a man with the same description. She says it happened on East 14th Street and Juana Avenue.

"He tried to engage her in conversation. She was a little bit freaked out because she didn't know the man. She was startled and she quickly went the other way to avoid any further contact," explained McManus.

McManus says what's unique about the Nissan is that it has after-market wheels that dark gray or gunmetal in color. The car also has tinted windows all around.

The fact that no one has reported seeing the car from the earlier media reports, may be that it belongs to a friend or a family member. 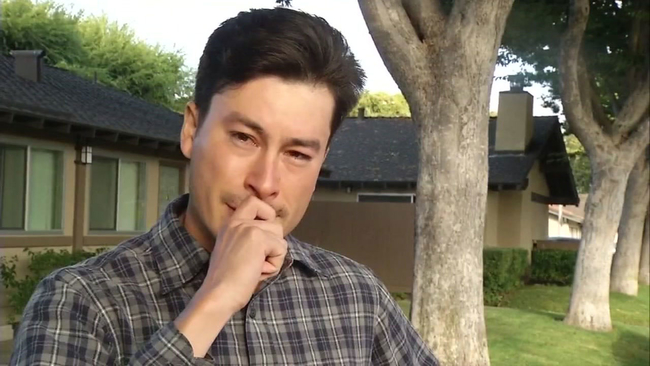