KGO
By Wayne Freedman and Amy Hollyfield
SAN FRANCISCO (KGO) -- A sea lion pup is now in rehabilitation after police and trained rescuers pulled him out from under an SUV in San Francisco's Marina District. A tourist spotted the animal around 6:30 a.m. on Thursday. 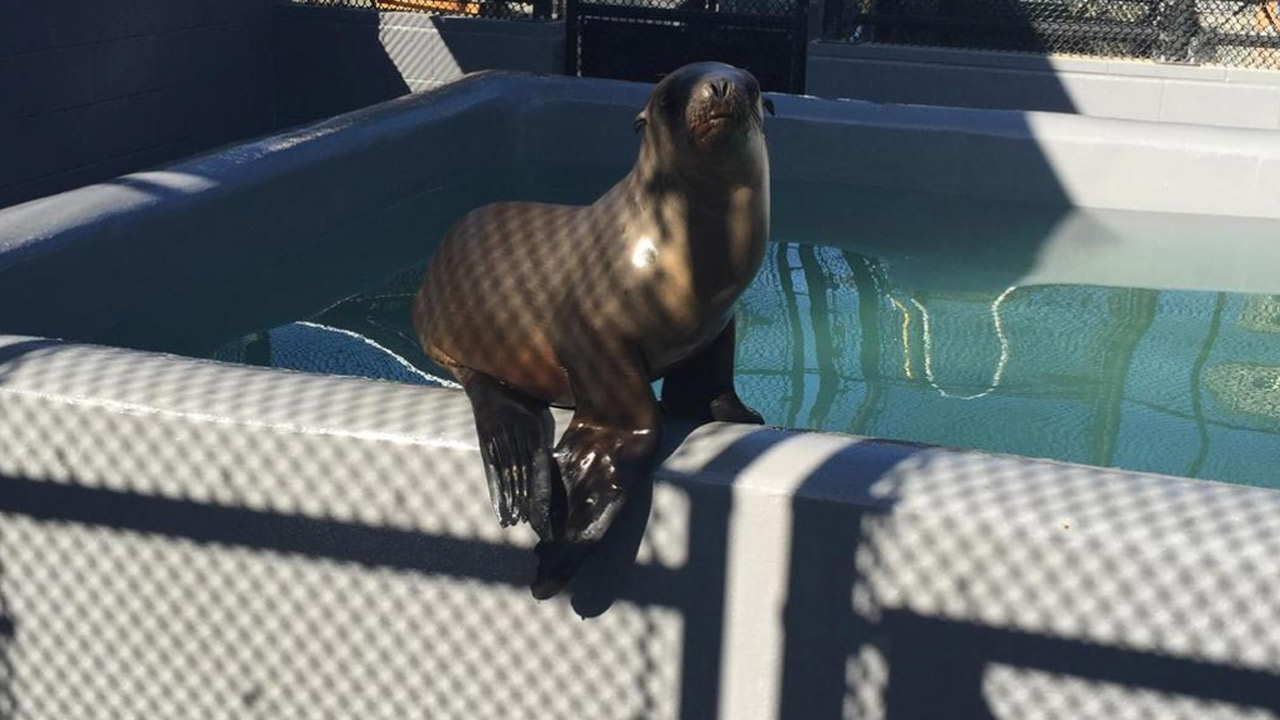 PHOTOS: Sea lion rescued from street in San Francisco
The Marine Mammal Center has safely captured a male sea lion pup that wandered on to the streets of San Francisco.

"Luckily, the San Francisco Police Department had stopped traffic around him and was protecting him until we got there," said Shawn Johnson with the Marine Mammal Center.

Crews were able to safely capture the sea lion just before 7 a.m. 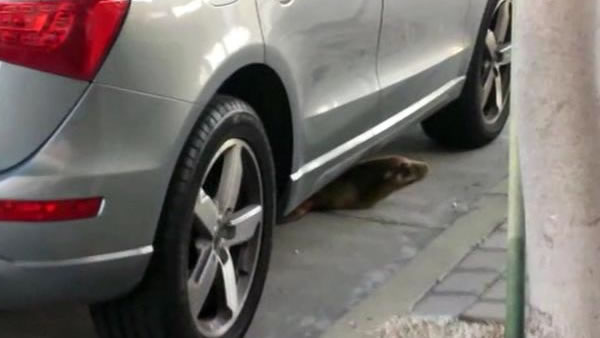 Crews capture wayward sea lion in San Francisco
A sea lion pup is now in rehabilitation after police and trained rescuers pulled him out from under an SUV in San Francisco's Marina District.

Much like the expression "the canary in the coal mine," sea lions may be a warning sign of things to come. Experts say a lack of food is driving these animals inland, and it is becoming a worrisome trend.

This is not a story about one sea lion. This is a story about a trend. And not a trend in local waters. They're saying this problem is global.

It's a matter of expectations. Tourists who go to Pier 39 expect to see California sea lions. They're a big attraction.

But when one of them wanders into San Francisco and turns up on Divisadero Street the attraction becomes a distraction, a possible traffic hazard, and maybe a warning sign on a larger scale.

CAUGHT! #MARINA #SF: SEA LION was hiding under a car at the intersection of Marina Blvd at Divisidero St. #abc7getup pic.twitter.com/olHia5cAy2

"They're telling us messages about the ocean and the environment they live in," Johnson said.

It's a message about big problems. We may be seeing one symptom through a record season of distressed sea lion pups.

The Marine Mammal Center has treated more than 1,000 of them in the first four months of 2015. That's as many as they usually see in a full year.

The sea lion captured on Divisadero Thursday morning is a rare repeat customer. He even has a name -- Rubbish. They figured that out when they saw his tag and went to his medical file.

Look who was caught wandering around the streets of San Francisco this morning... Apparently he's a repeat offender! pic.twitter.com/CaBRSXsONJ

"He was rescued in Santa Barbara County in February and brought up here for rehabilitation. He was here at the Marine Mammal Center in Sausalito for nearly two months," said Johnson. "He was out for five weeks, so he was obviously able to find some food."

Records show Rubbish lost 21 pounds in the five weeks since they released him. He's another sea lion pup victimized by warming waters pushing the food supply out of reach. At this point, experts have ceased calling it a seasonal weather trend.

"Oh, I think there is really good evidence that this is linked to global climate change," said Johnson.

Good evidence that means bad news for a generation of sea lions now suffering the consequences of global conditions beyond their control.

Rubbish seems pretty happy at the Marine Mammal Center and researchers hope he will have a successful life.

"It is pretty heart wrenching to know that you put all this effort into rehabilitating them and giving them a chance out in the wild," said Johnson.

Officials with the Marine Mammal Center said they will need donations to help with all the additional rescues. If you would like to help the center, click here.
Related topics:
san franciscosausalitomarina districtenvironmentanimals in perilanimal rescuemarine mammal centeranimalanimal newsbaby animalsfishglobal warminganimal hospitalclimate change
Copyright © 2020 KGO-TV. All Rights Reserved.
RELATED 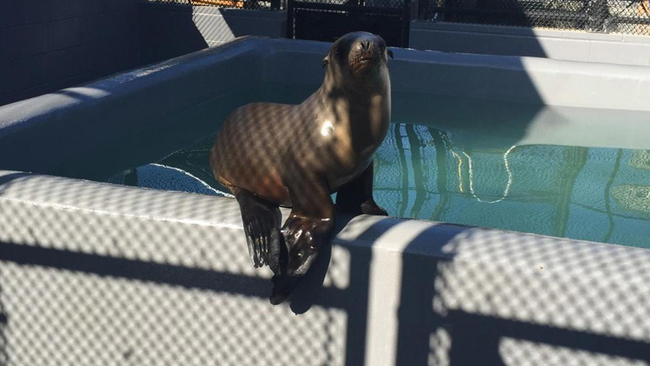 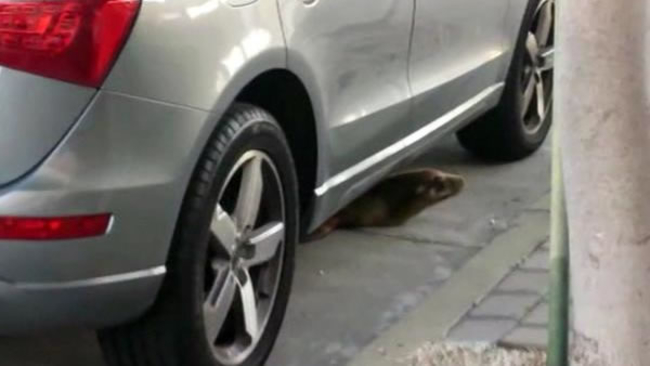 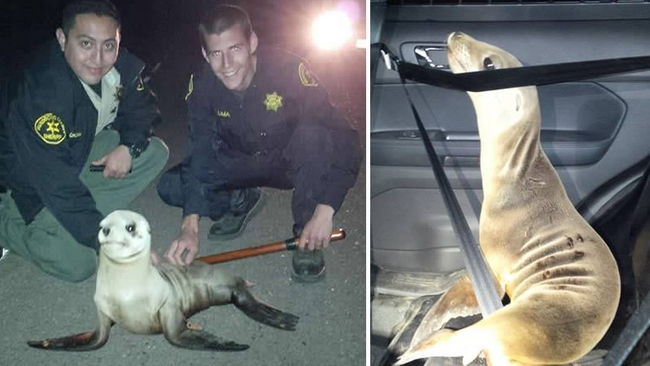 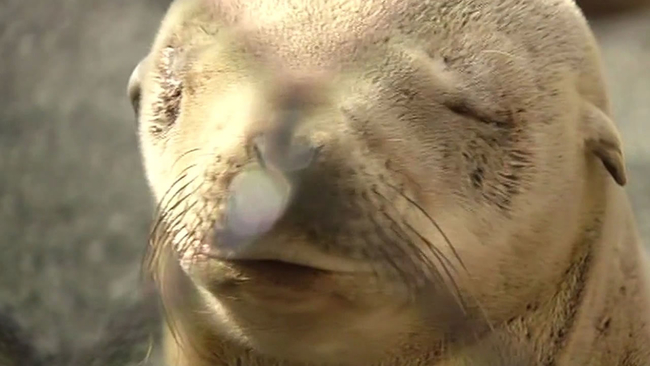