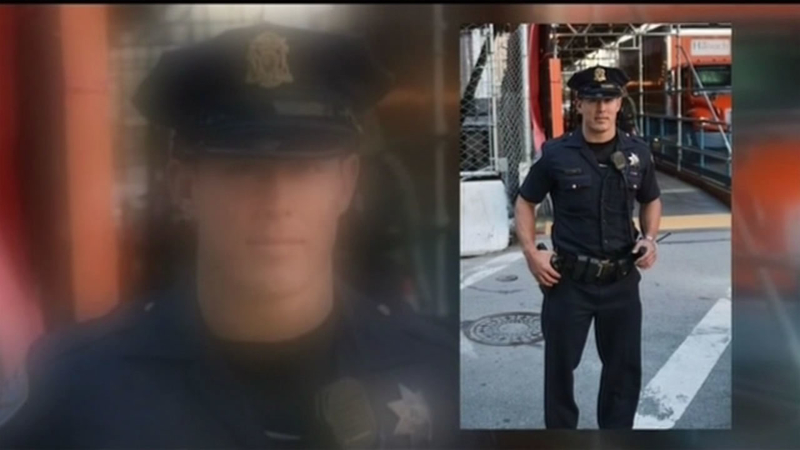 Kohrs is accused of hitting two pedestrians with his car at around 2:20 a.m. Sunday at Broadway near Montgomery in San Francisco's North Beach neighborhood. He is set to be arraigned Thursday.

Kohrs previoulsy gained national attention as the "Hot Cop of the Castro," even garnering a Facebook fan page.

Just in - Officer Kohrs charged w/2 felony counts of hit and run per SFDA. He will be arraigned Thursday bc he bailed out. @abc7newsBayArea

A source close to the investigation said Kohrs was out in Fisherman's Wharf Saturday night prior to the accident.

The victims are Franco Vilchez, who has a broken neck, nose and jaw and Victor Perez, who said he's lucky to be alive.

Perez' face is covered in bruises. His jaw is broken in 3 places and his leg also broken. Perez spoke exclusively to ABC7 News from his hospital bed.

"I'm glad that, you know, I'm here," he said from his hospital bed. "I'm getting better, but really sore and I'm just taking it day by day."

Perez says he now knows the person accused of hitting him and his friend then ditching a Dodge Charger is a San Francisco Police Officer.

"I really couldn't believe it," he said. Neither could his brother. "Accidents happen, but to run away that's what's the cowardly part of it," he added.

In a surveillance video, people are seen running towards the scene. One person is running in the opposite direction. It's unclear whether or not it's Officer Chris Kohrs running away.

"He did have two passengers with him who both said that he was the driver," said San Francisco police Chief Greg Suhr.

San Francisco police Chief Greg Suhr says those passengers remained on the scene. A source close to the investigation says one of them was Officer Kohrs' brother. Chief Suhr says investigators did an immediate search of the area, but Kohrs wasn't anywhere to be found.

"His personal cell phone was left in the vehicle," Suhr said.

Suhr says Kohrs turned himself in more than eight hours later. Timing which will impact sobriety tests. San Francisco District Attorney George Gascon says he expects the timeline to be a great challenge.

"How do we prove in front of a jury that this individual was, or not under the influence of mind altering drug or alcohol," said San Francisco District Attorney George Gascon.

Perez said he's learned some witnesses who stood over him, thought the worst. "That thought that we were just completely dead, for someone to have done this and see that just to flee, I mean that shows I don't know what kind of judgment," Perez said.

Officer Kohrs was on medical leave before the accident. If he's cleared to return he would be suspended. If found guilty of felony hit and run, he would likely lose his job.
Related topics:
san franciscocrimehit and runarrestbuzzworthyfacebookpolicehit and run accidentcrash
Copyright © 2021 KGO-TV. All Rights Reserved.
RELATED 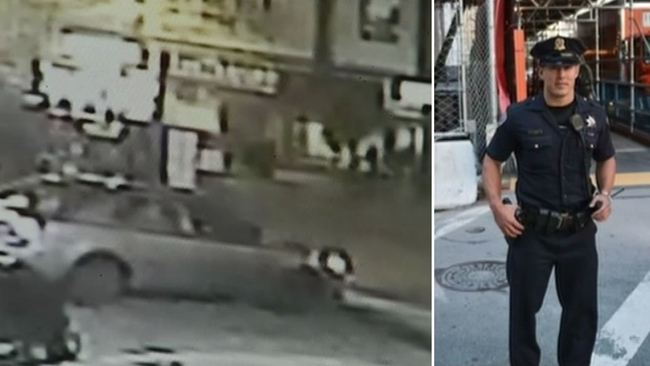