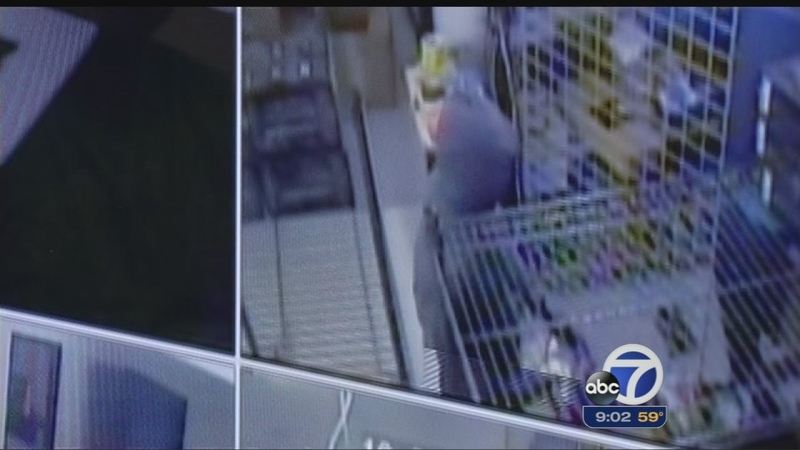 Three businesses were hit and a lot of the valuable stuff that was taken could be on the way out of the country to be sold on the black market.

The Fremont businesses that were targeted were Black Magic Design, Mac House Productions and Core Microsystems.

The owner of Mac House Productions is offering a $10,000 reward for information leading to an arrest of those responsible.

"Yeah, we got lots of cameras and all our lenses are pretty much gone. They cleaned out the entire gear room. My mics, like little things that add up. They're little things, but thousands of dollars for each little item," Viet Mac said.

Fremont police told ABC7 News Mac House Productions was one of three businesses hit by thieves over the weekend. They got away with $150,000 worth of high-end cameras and editing equipment.

The other two were in the west industrial section of Fremont, with the largest haul coming at the expense of Black Magic Design on Bayview Drive. More than 350 cameras were taken along with tricked-out computers. Their loss was at least $1.5 million.

"I do think this is professional," one man said.

And cops agree with him, telling ABC7 News they think the equipment was taken by professionals and could be headed to China. The thieves that hit Core Microsystems on Clipper Court sawed through drywall, cutting wires for the network servers and phone lines in the process.

There was a big hole in the wall that the thieves crawled through.

"Someone that knows the industry of the video world where they were coming in and gearing towards the video equipment that they wanted to take," Core Microsystems spokesperson Kenny Dang said.

Surveillance video shows the hooded men were precise. Their targets were particular and they made off with almost $200,000 worth of gear.

"We believe that these suspects, whoever they are, whether they're from here or somewhere else, they definitely targeted these three businesses," Fremont Police Dept. Lt. Geneva Bosques said.

As police continue their investigation, they're hoping that an image caught on camera may be familiar to someone and give investigators the tip they need to catch these criminals.
Related topics:
fremontcrimeburglarycomputerssurveillance camerarewardcaught on camera
Copyright © 2021 KGO-TV. All Rights Reserved.
CRIME
SF yoga studio survives pandemic only to be burglarized
Biden White House shuts down office for victims of immigrant crime
San Jose shooting: These are the 9 victims of the VTA attack
Child, 3, dies after being left in car in triple-digit heat: CA police
TOP STORIES
94-year-old SF attack victim speaks from the hospital
No rolling blackouts anticipated in Bay Area, California ISO says
How CA's improvements to power grid could prevent outages
Cal/OSHA votes to allow fully vaccinated workers to ditch face masks
What to know about PG&E power shutdowns
CA power grid declares Flex Alert for Friday
Tracker shows how close we are to overloading power grid
Show More
Newsom visits Oakland's small shops to promote economic recovery
Biden signs bill to make Juneteenth a federal holiday
How to store electricity before a power outage
Gas leak resolved in SF's Inner Richmond
What 1 journalist learned from a half-million 6-word essays on race
More TOP STORIES News