US in 'dark moment' with a lot of 'angst': Mayor who took down Confederate monuments 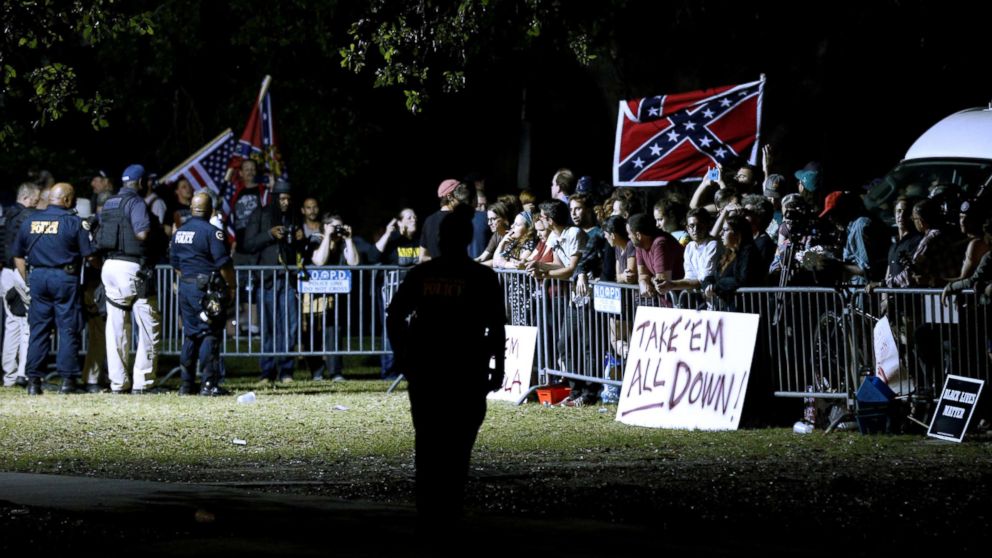 A mayor who drew headlines for a speech he gave about his order to remove Confederate monuments said the U.S. is in "a dark moment," with many people gripped by angst.

"In this moment that we have a dark moment in the country, it's obvious that a lot of people feel alienated," said Landrieu, who has a new book coming out, "In the Shadow of Statues: A White Southerner Confronts History."

Stephanopoulos asked Landrieu about a passage in his book, a copy of which was provided to ABC News in advance, that compares the rise of former KKK leader David Duke in the late 1980s to the election of President Donald Trump. Duke is a former Republican Louisiana state representative who was later a candidate in U.S. presidential primaries.

"When I look back today, David Duke's demagoguery stands like a dress rehearsal for the rise of Donald Trump," Landrieu wrote. "While he may not have worn a hood or swastika, Trump's rhetoric and actions during his 2016 presidential campaign were shockingly similar to the tactics deployed by Duke."

Landrieu said to Stephanopoulos, "I made an observation, not an accusation, that what happened in Louisiana when David Duke was there is fairly similar to what we're seeing ... where people are speaking in coded language. They are beginning to judge people based on race, creed, color, sexual orientation and not on their behavior."

Landrieu drew national attention for speech last May about why New Orleans was removing its Confederate monuments, in which he said, "The Confederacy was on the wrong side of history and humanity. It sought to tear apart our nation and subjugate our fellow Americans to slavery. This is the history we should never forget and one that we should never again put on apedestal to be revered."

He told Stephanopoulos on Sunday that differences of opinion over Confederate statues are fine. "We can argue all the to conservative or liberal," he said.

But, he added, "One thing that we cannot countenance in this country is the rise of white supremacy. It needs to be called out; it needs to be focused on. Slavery was our original sin. The Civil War was fought about that."

Landrieu said he believes Americans can find unity, but should not wait for a president to bring the country together.

"We shouldn't just wait on whoever the president is to fix our problems," Landrieu said. "If 320 million Americans did something really kind for each other every day and just kind of pushed back on all the nastiness we could move the country fairly quickly."

Landrieu has been marked as a possible dark-horse candidate for the Democratic presidential nomination in 2020, though he brushed aside such a notion on Sunday.

"I'm not thinking about that," he said. "Other people have talked about that. Honestly, it's very flattering to think about that, but I don't really see that happening as it relates to me."
Report a correction or typo
Related topics:
abc newsnational
Copyright © 2021 ABC News Internet Ventures.
TOP STORIES
What to expect when CA lifts its COVID restrictions on June 15
Newsom says vaccinated CA workers won't have to wear masks after June 17
How bad will CA's fire season be in 2021? Here's what we know
Young climate activists marched 266 miles from Paradise to SF
Why restaurants may see reduced capacity after CA reopening
Medical therapies are available for immunocompromised people
How Giants broadcasters adapted to calling road games from home
Show More
GA cashier shot, killed after argument over face masks: Sheriff
Newsom unveils new vacation vaccine incentive program
SJ fire likely started by balloons hitting transmission lines, officials say
Bay Area counts down to CA's reopening Tuesday
What to expect from CA's June 15 reopening
More TOP STORIES News